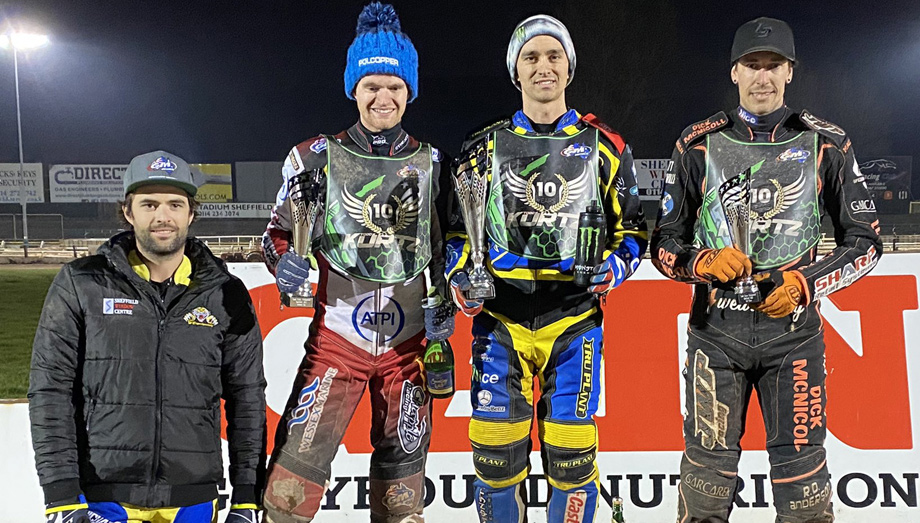 JACK Holder opened his 2022 campaign in style with victory in the Todd Kurtz Testimonial at Sheffield.

Fresh from his full-time Grand Prix call-up, the Tigers No.1 headed an all-Australian Final ahead of Brady Kurtz and Sam Masters, who completed the rostrum finishers.

Meanwhile, former World Champion Jason Doyle scored a 15-point maximum in the qualifiers, before crashing spectacularly in the Final.

Testimonial man Kurtz, who signed off his career in the same event, said: “I’d like to thank all the fans and everyone here at Sheffield Speedway for making this happen.

“It was a shame Doyley crashed in the Final how he did, that wasn’t what anyone wanted to see, but he was able to walk away and fingers crossed he’ll be alright.

“Overall, the weather’s been perfect, the track was great and the 16 legends back in the pits put on a real good show for everyone, so I couldn’t ask for much more.”