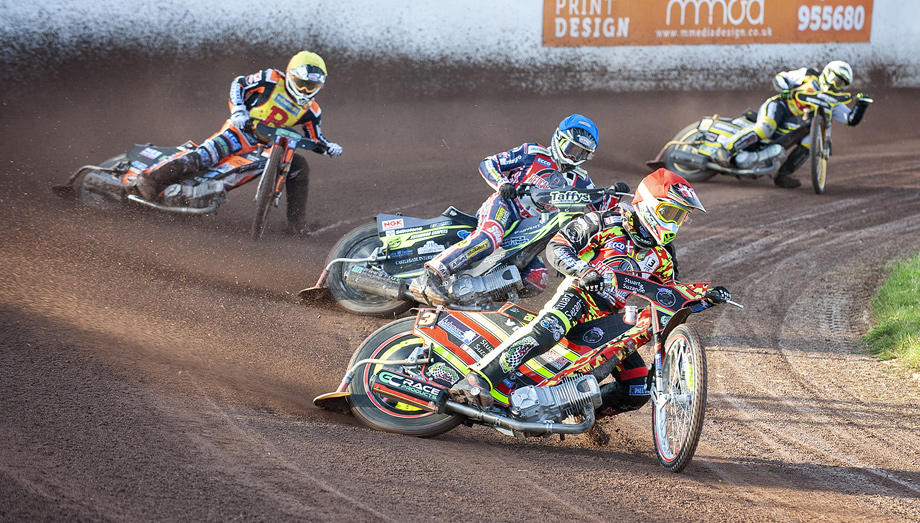 BIRMINGHAM fought back from 14-points down to trail by just two after the first leg of their KO Cup tie at Redcar.

The Bears stormed to three 5-1s in the first three races and led 19-5 after Heat 4 – but the Brummies came charging back with maximums in Heats 11, 13 and 15, the latter two from Chris Harris and former Redcar star Erik Riss.

The German star scored 13 with Harris picking up 11+2, whilst Michael Palm Toft scored 12 for the Bears who won the meeting 46-44.

Birmingham boss Laurence Rogers said: “We came to life after the interval and we had three 5-1s in that period of time.

“Our biggest problem is we started slow again and we were 12-points down after three heats, but we clawed at it and it was a good team performance.

“There were a few of the lads that wanted Heat 15 but I said no, Erik Riss and Chris Harris will be in a lot of Heat 15s throughout the season, they dominate heats and get 5-1s.”

A date for the second leg is to be confirmed after Wednesday’s abandonment at Perry Barr.