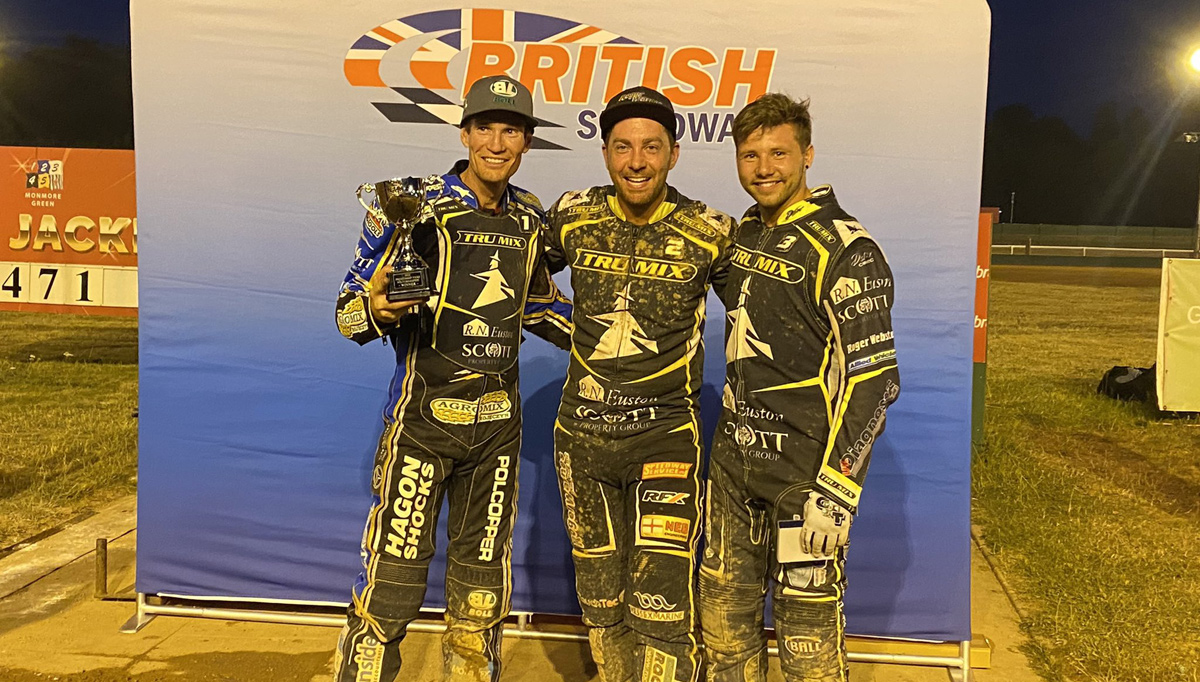 IPSWICH completed a hat-trick of Premiership Pairs wins at Wolverhampton on Monday and now lead the series by 12 points with two rounds remaining.

The Witches defeated Belle Vue in the Final at Monmore with both of their nearest challengers, King’s Lynn and Sheffield, failing to make the closing stages.

Their semi-final against the hosts was resolved when Wolves’ Nick Morris fell on the second lap, whilst in the Final Jason Doyle and Troy Batchelor got the better of Belle Vue duo Max Fricke and Brady Kurtz, with Fricke having raced to a 20-point maximum in the qualifiers.

Ipswich boss Ritchie Hawkins said: “Three wins on the bounce puts us in a great position in the standings and it was another great night at Wolves.

“We have had three wins from three there this year, and it carries on our great form and that buzz around the club at the moment.

“Doyley was superb as he has been every meeting and Batch carried on his great form from Thursday and stepped it up with a superb start in the Final. As a pairing they have two wins from two in the Pairs which shows they love racing together.

“We are 12 points clear in the standings now and tonight really went our way with other teams too.

“12 points can vanish in one meeting, so we need to make sure we carry on at Sheffield and get some more points on the board there so that we go to the final round at Belle Vue in a strong position.”

Wolverhampton promoter Chris Van Straaten said: “I’d like to thank everyone involved for helping make tonight run as smoothly as it did.

“The track staff did a brilliant job, especially considering the extreme weather conditions, and we saw some great speedway.

“I’d like to also thank the supporters who attended the meeting; it wasn’t a comfortable night for anyone with the temperatures, but we really appreciate those who came and joined us trackside.”