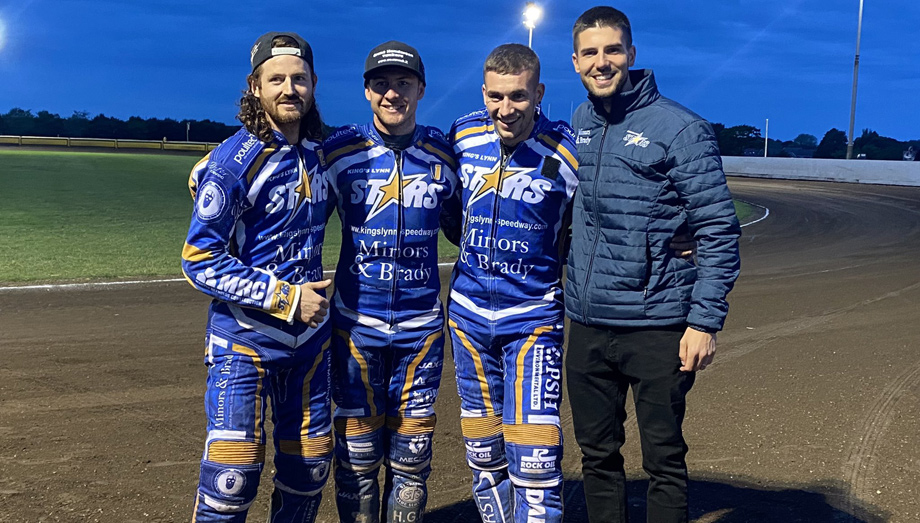 KING’S Lynn won the opening round of the Premiership Pairs after a dramatic finish to Monday’s meeting at Peterborough.

Josh Pickering and Richard Lawson defeated Sheffield duo Jack Holder and Adam Ellis with the British Champion crashing heavily at the start of the last lap.

Holder led the race convincingly but with second and third places being better than first and fourth, Lawson looked to slow things down to bring Pickering back into contention – and as Ellis came down, the Stars were awarded meeting victory.

Belle Vue were third having lost out in the semi-final to King’s Lynn when Max Fricke came to grief when he looked to make an outside move on the opening lap.

Stars boss Alex Brady said: “We came here and decided as you do in a Pairs competition that no last places was the mantra from the start, which we did very well.

“I’m really pleased. Richard and Josh were deserved winners, and Jack (Thomas) played his part too.

“First and foremost after the Final I’m glad Adam is okay. I thought it was hard racing but personally I felt it was fair racing, although I suppose if I was in Steady’s (Simon Stead – Sheffield boss) shoes I might see it slightly differently.

“I’d like to see it again before I make a final judgment call on it, but as I call it tonight, I thought it was hard but fair.”

Stead said: “Finishing second in the opening round isn’t a bad result at all, and in a series where the points accumulate, eight isn’t a bad start.

“What happened in the Final left a sour taste in our mouths; personally I think it could’ve been avoided, but the most important thing is that Adam got up and walked away from it because it could’ve been a lot worse.”