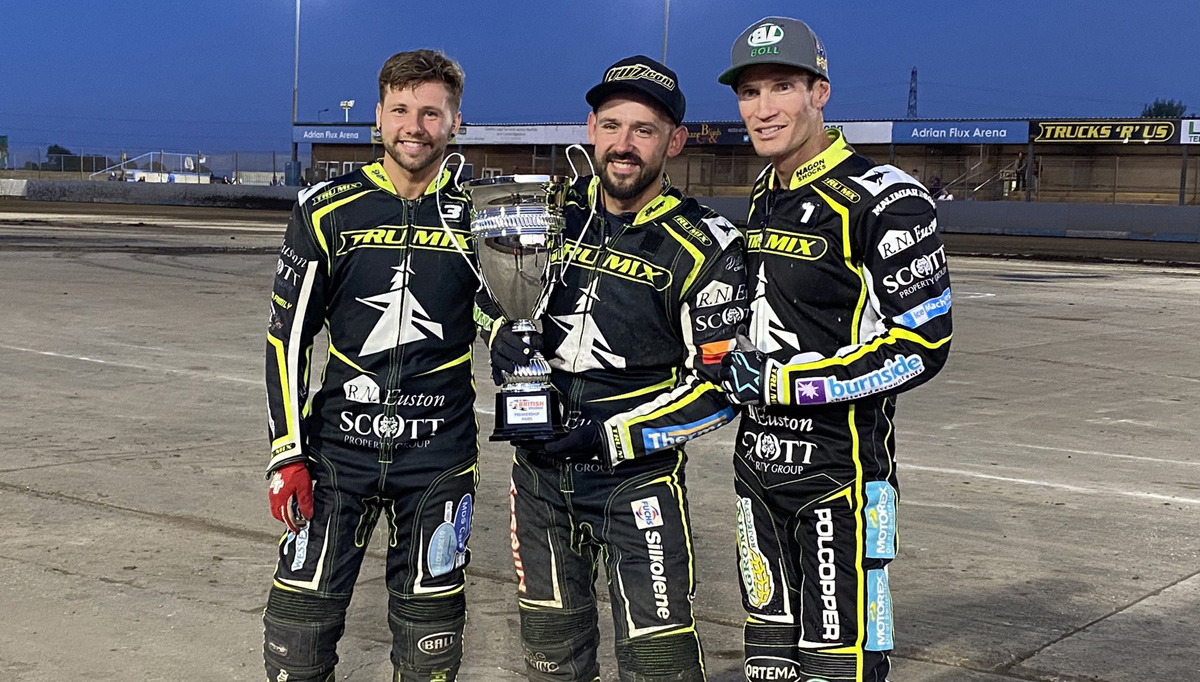 IPSWICH made it back-to-back Premiership Pairs wins on Thursday to go to the top of the overall standings.

The Witches edged out Sheffield at King’s Lynn, with the Tigers finishing as runners-up for the third time in three events.

Ipswich, represented by Jason Doyle, Danny King and Rising Star Danyon Hume, led the qualifying scores as they finished ahead of the hosts on countback, with Stars duo Josh Pickering and Richard Lawson missing out to Sheffield in the semi-final.

Tigers man Jack Holder won the Final but Doyle and King finished ahead of Adam Ellis to secure victory.

Ipswich boss Ritchie Hawkins said: “It was a great night, and it was great to win again especially at King’s Lynn and not at our own track.

“I’m delighted with the progress we have made after a poor first round. To take two wins and get back to the top means we are in prime position in the table.

“We got off to a good start in the meeting, so we were in a good position. Danyon came in and did very well, he wasn’t far off being used again because he was that good.

“However, to win the meeting you need to rely on your big riders, and we used the heats to get Danny set up and his last two races were very good, so the plan worked.”

Sheffield manager Simon Stead said: “We’ve been so close to winning all three of them so then to find ourselves not at the top of the pile is a little bit frustrating.

“But we worked hard and finished strong and while the lads are feeling the frustration and disappointment too, let’s focus on the positives.”