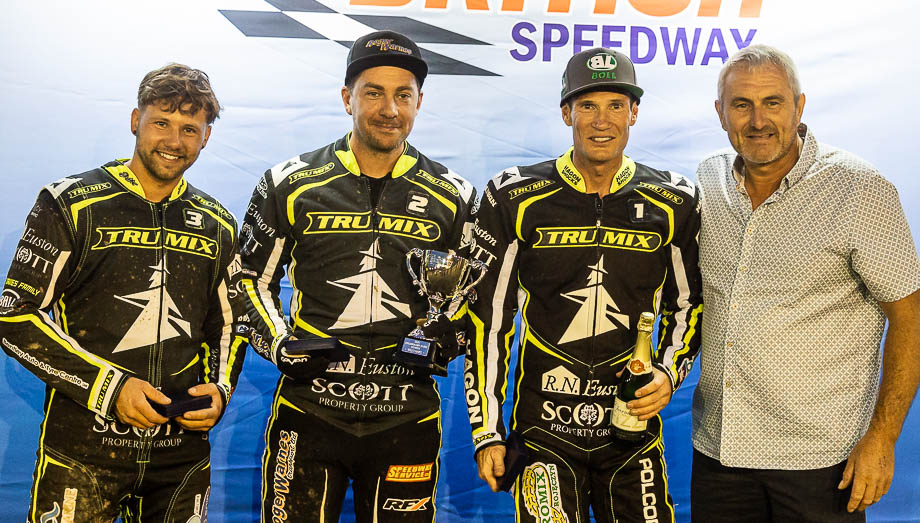 IPSWICH won the second round of the Premiership Pairs on home soil at Foxhall to move to within two points of the overall series lead.

As in the opener at Peterborough, it was Sheffield who topped the standings from the regular 15 heats, scoring 29 points with the Witches and Belle Vue on 24.

The hosts knocked the Aces out in the semi-final, before Jason Doyle and Troy Batchelor outscored Tigers duo Adam Ellis and Tobiasz Musielak 6-3 in the decider.

The result leaves King’s Lynn and Sheffield as joint series leaders on 16 points with Ipswich on 14.

Witches boss Ritchie Hawkins said: “We are delighted to win; I think every club will be aiming to win their home round and it should be your best chance of winning a round, but it is very tough in these Pairs meetings.

“The level of competition in this event is a very high standard and it is so even across the board, so to get over the line on the night is superb and it carries on our good run of form. It gives us an extra buzz going into next week.”

Sheffield manager Simon Stead said: “The boys rode really well tonight and while it could’ve been more and as much as I’m frustrated, I’d prefer to focus on the positives.

“It’s another good result for us, more points on the board and we’re joint leaders overall.”