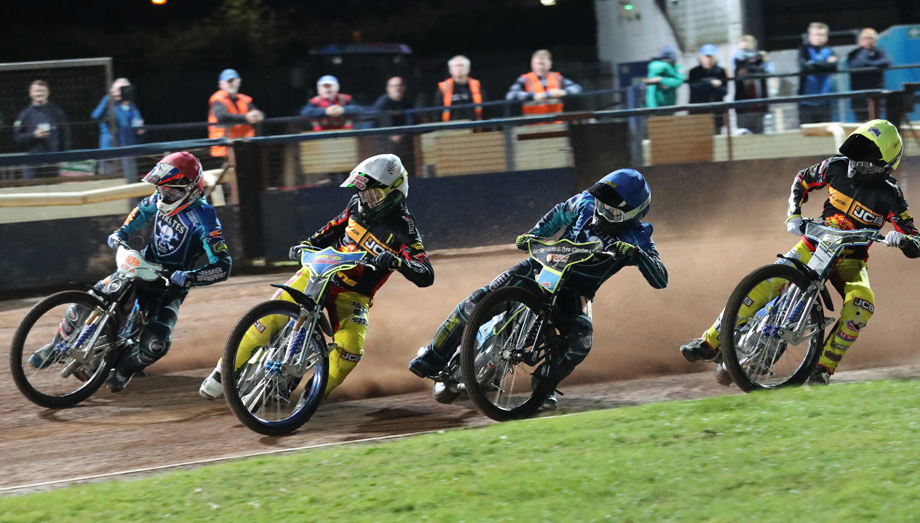 POOLE were restricted to a 48-42 advantage from the first leg of the Championship play-off semi-final against Leicester at Wimborne Road.

The Pirates were indebted to the efforts of guest Zach Cook, who beat Lions duo Nick Morris and Ryan Douglas in Heat 11 after Danny King had been disqualified, whilst Cook and brother Ben both passed Zaine Kennedy to share Heat 14.

The visitors, meanwhile, could have been even closer ahead of Saturday’s second leg but for Morris stopping with mechanical trouble whilst leading Heat 1, whilst guest Chris Harris broke down on the start-line in Heat 13.

Steve Worrall top-scored for the Pirates with 12+1 whilst Zach Cook picked up 10+2. Skipper Kyle Howarth led the Lions’ charge with 12.

Poole promoter Danny Ford said: “I really don’t know right now how I feel about it. It was a frustrating meeting and I think I probably need to digest it a bit to be honest.

“I felt that we should have come away with a bit more but we weren’t at our best tonight, and we just weren’t making the starts. Plain and simple, and the boys know that.

“But we’ve already gone there and won this season so it’s all to play for and it should be one hell of a meeting.”

Howarth said: “The boys dug deep there. We’ve given ourselves a chance around our home track but it’s going to be close.

“It’s a massive night for the club and we need our fans to come along and get right behind us.”