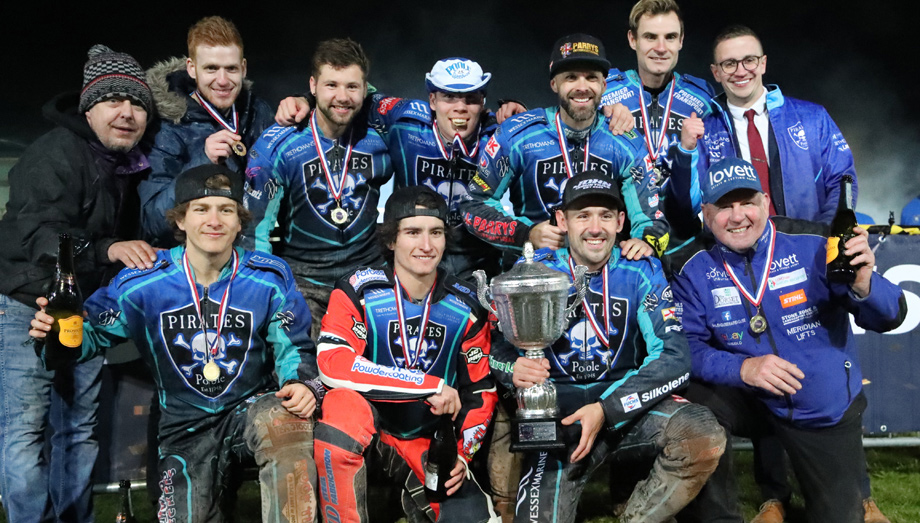 POOLE clinched the Championship title with a 56-34 home win over Glasgow for a 12-point aggregate triumph overall.

The Pirates had lost the first leg of the Grand Final 50-40 but cancelled out that deficit after eight races of the return at Wimborne Road, and a 5-1 from Zach and Ben Cook in Heat 14 mathematically secured victory.

Rory Schlein scored 11+1 in the final meeting of his British career, with that total matched by captain Danny King. Craig Cook scored 11 for the Tigers.

Pirates co-promoter Danny Ford said: “I was quietly confident going into this meeting that we could win this title.

“I know this bunch of lads and what they are capable of, and just knew if they went into this and rode like they have done so many times this season that they would come through with the victory.

“I knew they were up for it and Rory sent a message yesterday to the WhatsApp group that was so emotional it even had me wanting to get out there on a bike and make it happen.

“He wanted to go out with a bang after his 21 years of racing over here and look, we have done it and it feels great.”