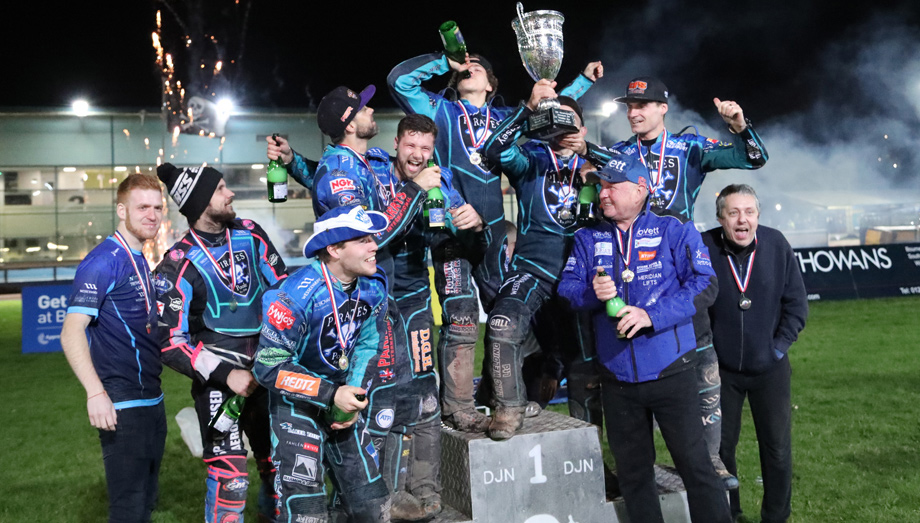 RORY Schlein raced to a paid maximum as Poole lifted the Championship KO Cup with a decisive aggregate victory over Edinburgh.

The Pirates won the second leg of the Final 57-33 at Wimborne Road having taken a five-point advantage into the meeting.

Schlein scored 12+3 from five rides with the Pirates’ other heat leaders also in strong form as Steve Worrall collected 13+1 and skipper Danny King added 11 from four. They now prepare for the league Grand Final against Glasgow.

Sam Masters scored 10 for the Monarchs as their season ended in Cup Final defeat along with their play-off semi-final exit.

Poole boss Neil Middleditch said: “I have managed a lot of different teams with the Pirates but let me tell you now, these lads are a real credit to the club.

“They have that winning mentality and go into every meeting hungry to win it. And here we are, Knockout Cup winners and halfway to the double.”

Schlein added: “It was good to get the job done tonight, but I said to Danny (Ford) that this is just half of it and how much greater would it feel if we could turn Glasgow over and we could celebrate twice as much.”

Edinburgh manager John Campbell said: “We were not at the races, completely dominated by Poole and beaten by a far better team on the night.

“I feel sorry for Kye Thomson who is devastated that he has done so badly in a Cup Final, but he will bounce back.”