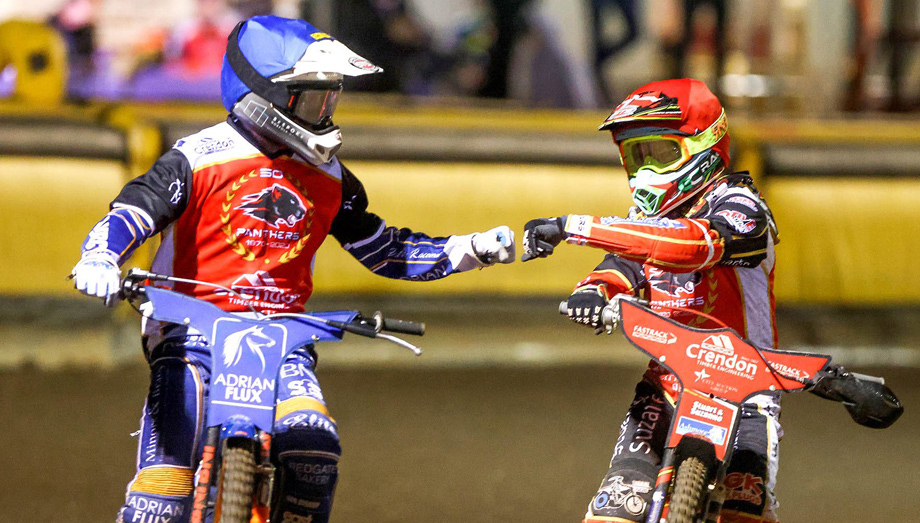 PREMIERSHIP leaders Peterborough made it into the Grand Final after overcoming Wolverhampton despite a slow start to Thursday’s second leg.

The Panthers found their away victory at Monmore overturned in the space of two races as Wolves raced into a 9-3 lead on the night at the East of England Arena.

But the home side took charge with a hat-trick of 5-1s between Heats 6 and 8 to establish a clear overall lead, and secured their progression when Bjarne Pedersen and Hans Andersen claimed a 4-2 in Heat 12.

Pedersen proved to be the latest high-scoring reserve for the Panthers with 14+1 from six rides in a 52-38 victory on the night, whilst Chris Harris added 11+1. Ryan Douglas carded 11+1 for Wolves, whose league season ended with a 16-point aggregate defeat.

Peterborough boss Rob Lyon said: “Tonight was banana-skin. We did a great job at Wolves to get a two-point lead but we knew how good they could be.

“We’ve obviously had injury problems during the week and it was touch and go whether Michael (Palm Toft) would make it but he came back tonight and did a great job.

“It was a terrific comeback from the lads after a slow start, it’s play-off speedway so you come to expect ups and downs – including an early tapes exclusion which came via Bjarne in Heat 2.

“It was typical of a Peterborough performance, we’ve had plenty of those this year and they’ve come up trumps again tonight.”

Wolves manager Peter Adams said: “As you saw from the first four or five races, we were well up for this.

“But once Peterborough discovered their gating gloves it was game over. For four or five races on the bounce they were electric from the starts, and we just had no answer to that.

“It’s very disappointing but we’ve lost to a very good team who are going to take some beating in the Final.”