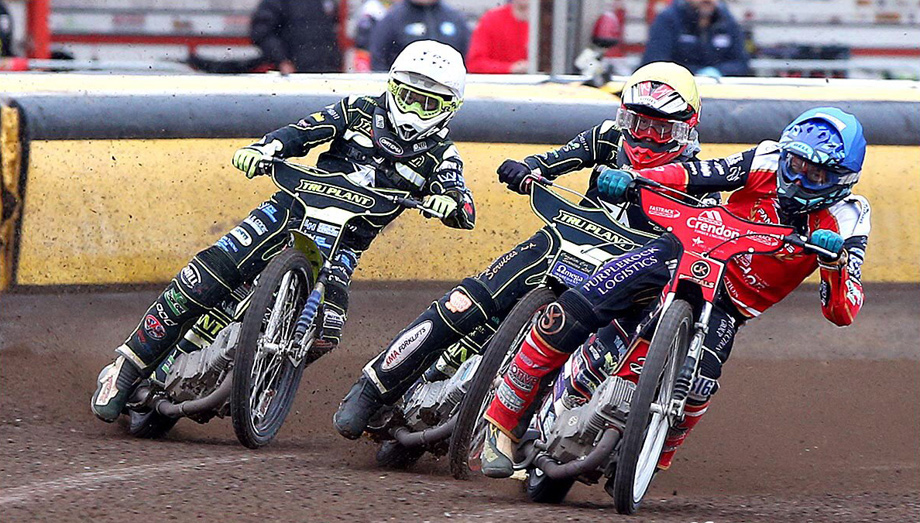 PETERBOROUGH kept up the pressure at the top of the Premiership with a convincing 55-35 local derby win over Ipswich on Monday.

The Panthers completed a second double of the season over the Witches, with their opponents blown away at the East of England Arena by a devastating run of four successive 5-1s in mid-meeting.

Each of the home side collected at least two paid wins, led by Michael Palm Toft who racked up paid-16 in a tremendous performance which started with two 5-1s alongside skipper Scott Nicholls (10+3), whilst guest reserve Jack Thomas won two races and scored eight.

Danny King scored 12 for the Witches with Craig Cook adding 10+2 as they collected a couple of late race advantages at the end of a below-par season for the club.

Panthers boss Rob Lyon said: “The boys were on fire, and it’s one of our biggest wins of the season – everybody was on it, it was a great team performance and I’m really happy.

“It was also good to have Bjarne (Pedersen) back, and he’s quality. He put the problem from our previous home meeting right in fine style, and he looked really racy as well around the outside a couple of times.

“Jack did himself no harm for potential future bookings, and he did himself and the club proud. He rode very, very well and I was very pleased for him.”

Ipswich manager Ritchie Hawkins said: “We came here and everyone was looking forward to racing and finishing on a bit of a high point after a disappointing season.