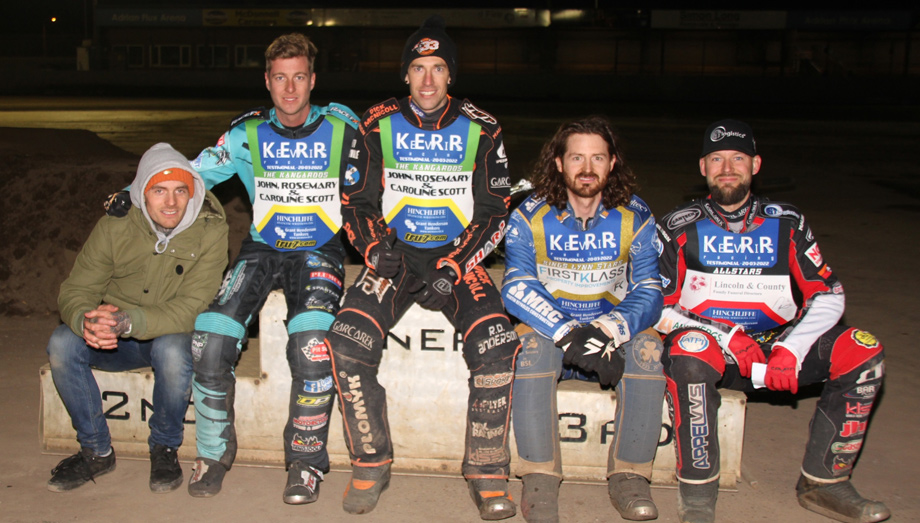 SAM Masters led the way in Lewis Kerr’s Testimonial at King’s Lynn with victory in both team and individual events.

Masters scored nine points from four rides to head up the Team Aussie scorechart from the four-team tournament, as they finished four ahead of the All Stars – who had the highest individual scorer in Nicolai Klindt, who collected 11.

But Klindt missed out in the individual Final as Masters took victory from his Wolverhampton colleague Ryan Douglas with home racer Richard Lawson third.

Kerr said: “It’s been a brilliant day from start to finish. I just want thank all the fans for turning out and supporting me, especially those who came far and wide to support the meeting.

“It’s been great to see so many people here, thanks to the riders for taking time out to come and provide some great racing for everybody.

“I would also like to thank everybody behind the scenes, Alex Brady and Dale Allitt for helping me and to Buster Chapman for supplying a great track for the boys to race on.

“And to all the meeting sponsors and everybody that’s generously supported the day, a sincere thank-you.”