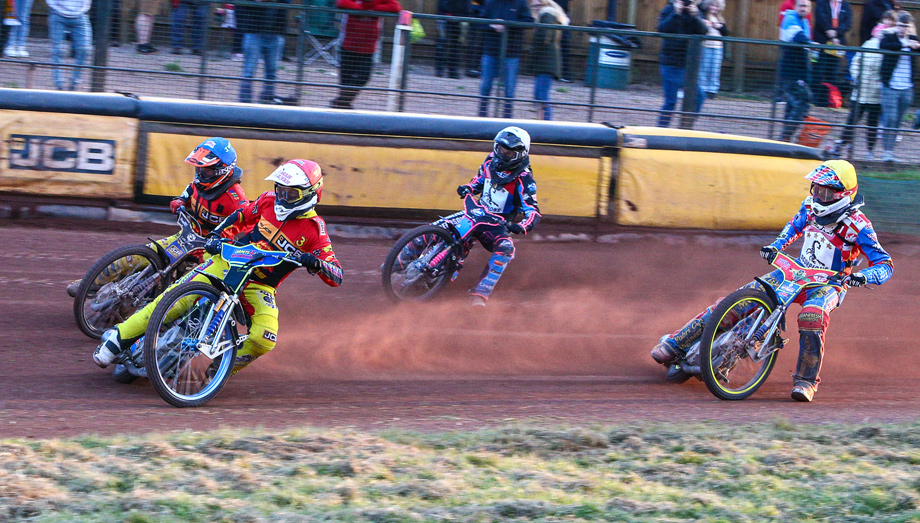 LEICESTER took full control of their KO Cup tie with Scunthorpe with a 58-32 win in the first leg at the Paul Chapman & Sons Arena.

Skipper Simon Lambert took seven rides at reserve for the Scorpions and piled up 12+2, and Jake Allen added 11, but they were weakened by the absence of former Leicester man Ryan Douglas who had aggravated a shoulder injury on Friday.

Lions boss Stewart Dickson said: “It was a thoroughly professional job from our point of view. I could be greedy and say we maybe should have scored a few more, but all in all we’re very satisfied with the result and we have one foot in the semi-finals.

“You never say never because it can come back and bite you, but I think if we went there and only scored 31 points, questions would be asked.

“I know there had been one or two comments aimed in the direction of Leicester about a lack of passing, and I think that comes from people who maybe haven’t been to Leicester in quite some time.

“Anybody who was here tonight would have seen a lot of passing, and thankfully it was mostly by the Leicester riders, but in fairness to Simon Lambert he did a lot of passing and had an excellent meeting, and both he and Jake Allen provided good entertainment.”

“If we’d have had Ryan tonight, we could have been looking at only a ten-point deficit for the second leg, but it is what it is.

“I’d like to add my best wishes to Joe Alcock, after his horrific crash at Scunthorpe. It’s always sickening to hear another rider in pain, and everyone at Scunthorpe Speedway wishes him a speedy recovery.”