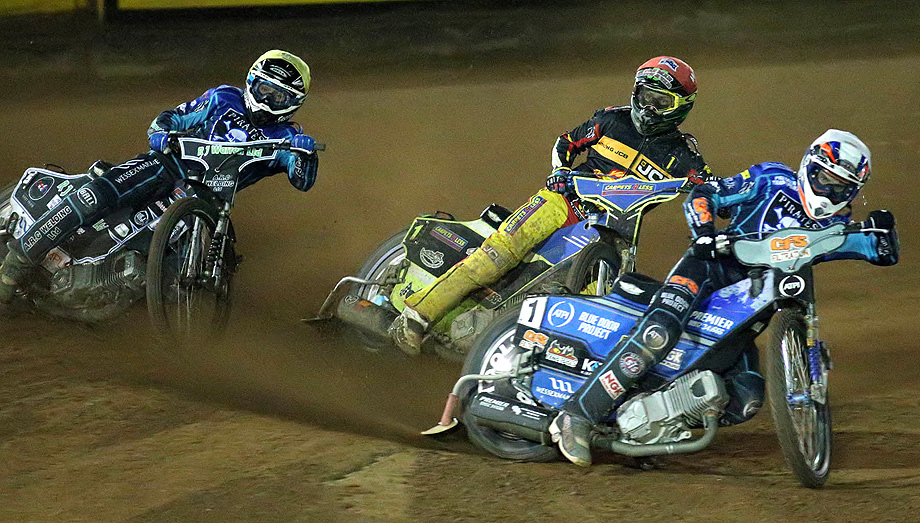 POOLE booked their place in the Championship Grand Final with an impressive 50-40 win at Leicester on Saturday.

The Pirates had looked to be under some pressure with only a six-point first leg lead, but they raced to crucial 5-1s in Heats 4 and 5 at the Paul Chapman & Sons Arena to leave the Lions up against it.

Steve Worrall top-scored for the Pirates with 12+1, skipper Rory Schlein (11) dropped just one point from four rides, and former Lion Cubs captain Danyon Hume contributed a vital 9+2 from five outings at No.2.

Ryan Douglas won his last three rides to top score for the home side with 12 as their time as league champions came to an end with a 16-point aggregate defeat.

Pirates promoter Danny Ford said: “Leicester probably felt that in holding us to six points on Wednesday they were in the driving seat, but our boys dug real deep from the very outset, and it was a fantastic result.

“Both Stevie and Danny [King] did good jobs as heat-leaders, and it was so fitting that those two put the tie to bed in Heat 13.

“Surprisingly, it has not always been our best heat this season, but they did the business tonight in very dominant fashion.

“Apart from our heat-leaders, I thought that Danyon was absolutely fantastic and without doubt the best I have seen him ride. He called on his experience from having been with the Leicester Cubs previously and really rode the track well.”

Leicester boss Stewart Dickson said: “We thought we’d kept the tie alive on Wednesday night at Wimborne Road. But unfortunately, tonight the Pirates were just that bit better than us.

“There’s no doubt they deserved their win and sometimes you’ve just got put your hands up and say you’ve been beaten by the better team.”

The Pirates are now awaiting the winners of the Glasgow/Edinburgh semi-final which will now take place on Thursday and Friday after last night’s planned first leg at Armadale was postponed.