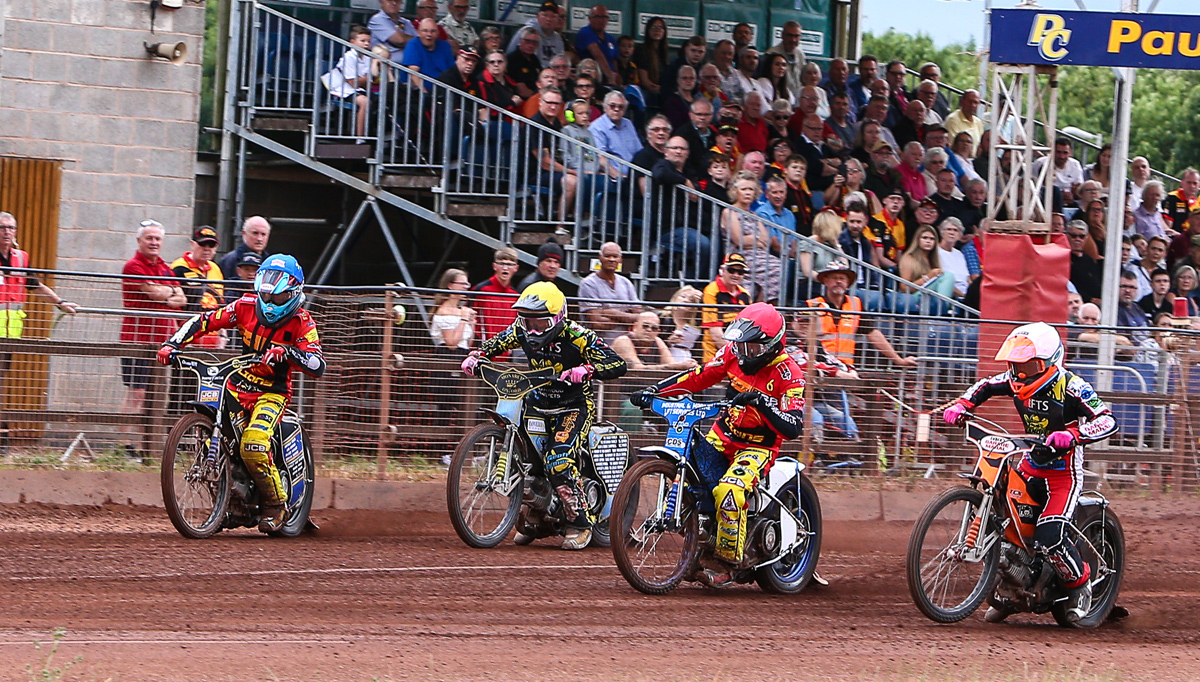 LEICESTER have finished top of the Championship for the second time in three seasons.

The Lions defeated Berwick 55-35 at the Paul Chapman & Sons Arena and cannot now be caught by their rivals, meaning they will have choice of opposition in the play-off semi-finals later this season.

Captain Kyle Howarth and fellow heat-leader Richie Worrall both scored 13+1 against the Bandits, suffering their only defeat in Heat 15 to Bandits No.1 Chris Harris, who scored 11.

Howarth said: “It’s a great result, and it’s a great season all in all. To finish top is one of the main goals, and it takes a bit of pressure off us now.

“The main job was to get three points, and we can sit back a bit now and see what happens with the other teams in the play-offs.

“It was nice to see Max (Clegg) get some points on the board and get his confidence going, that’s what he needs and when we got the 5-1 together he won and he had speed and he looked great. I think if he can get a few more of them under his belt, he’ll be away.”

Bandits boss Gary Flint said: “Heat 1 and Heat 4 in particular we were on 5-1s when the referee stopped the races. To be fair he explained his reasoning and was consistent, but instead of being ten points up we found ourselves six down.

“Points at Leicester were always an outside bet, but we now have to make sure that we put it all together against Plymouth, Scunthorpe and Birmingham.”