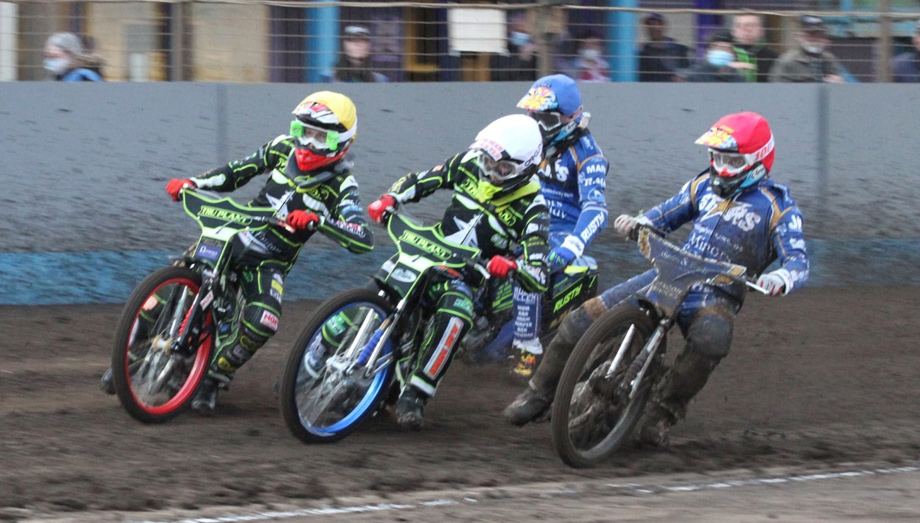 IPSWICH took the East Anglian bragging rights with a 47-43 win at King’s Lynn on Monday.

In a meeting delayed due to heavy rain, the Witches roared into a 16-point lead after nine races, with a late Stars fightback reducing them to three league points on the night.

Anders Rowe made a spectacular debut for the visitors with 12+2, with skipper Danny King collected 12, whilst Craig Cook won his last three rides for the home side to end on 11.

Ipswich boss Ritchie Hawkins said: “It’s a superb start to get an away win straight away.

“We started off amazingly and it showed that the boys have prepared well throughout the winter and they got their rewards for that straight away.

“I want to thank Ulrich (Ostergaard) for his contribution, and he played a really important role as a guest stepping in for Jordan (Stewart). We’ve started with a win, so you can’t ask for much more.”

King’s Lynn manager Peter Schroeck said: “The boys started to find the right set-ups and we got there in the end so I am quite pleased overall.

“We were unlucky with Lewis (Kerr) being in front and getting a puncture, I think we had every problem you could get.

“That was why I put Cookie and Erik (Riss) back into Heat 15. We need three heat leaders who are going to be the business for me, and the confidence was quite high with those three by the end.”