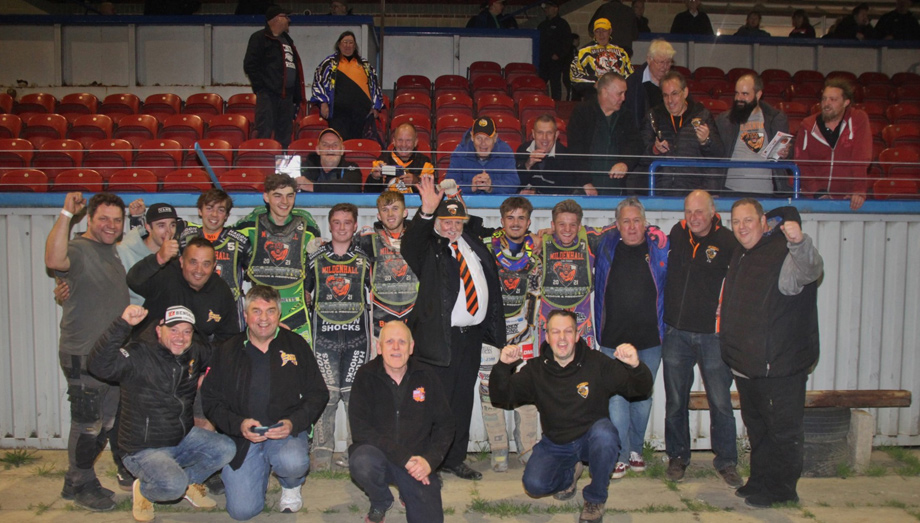 MILDENHALL have one hand on the National Development League title after securing a dramatic 45-44 victory at Kent.

The Fen Tigers are now top of the table and have an advantage of 43 race points over Berwick ahead of their final fixture at Armadale on Saturday. The Bullets have completed their fixtures and Tuesday’s defeat means the Royals are out of contention.

Captain Jordan Jenkins was the Mildenhall hero at Central Park as he split home duo Dan Gilkes and Ryan Kinsley in the re-run of Heat 15 after Jason Edwards had been disqualified.

Fen Tigers promoter Greg Palmer said: “We are so proud of this team, they battled so hard and were supporting each other all evening.

“We are so close to the title now, just one more push on Saturday and we will hopefully get what we deserve for all the hard work that has gone into the season.

“The four of us have given so much to make a success of Mildenhall this year after the pandemic took out 2020 and these seven lads have all given the same amount of effort, they have a real will to win and in difficult circumstances tonight came up with this massive result.”