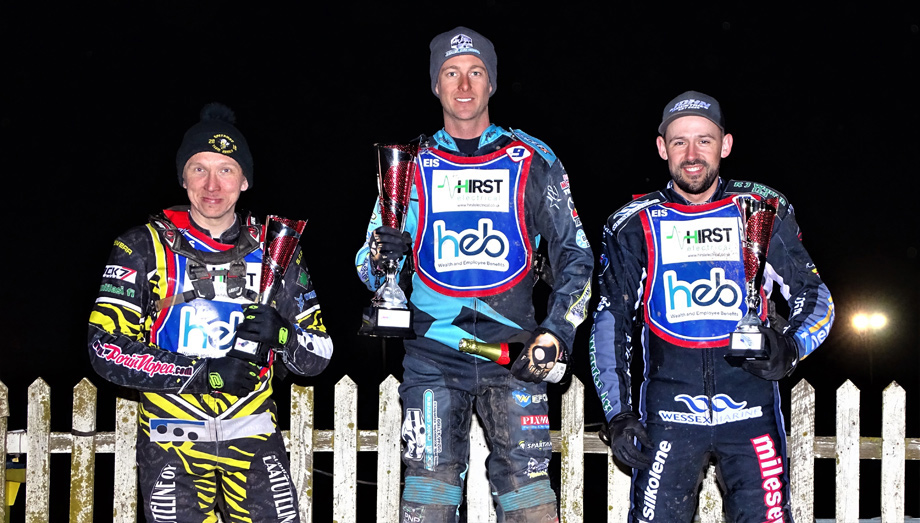 SCUNTHORPE No.1 Ryan Douglas kicked off the new season with victory in Josh Auty’s Testimonial meeting at the Eddie Wright Raceway.

Douglas finished third to Danny King and Charles Wright in his first ride, but those were the only points he dropped throughout the evening.

All three reached the Final with Douglas taking the win over King, whilst another home rider Tero Aarnio finished third overall ahead of Wright.

Douglas said: “I’m really happy to start the season like that. I came here a few times here last season, and it was similar – I’d drop points in my first ride and then win every race after that.

“I felt I had both the speed and confidence to win races, which is always good around your home track. I’m also pleased Josh’s Testimonial ran smoothly and it was a good meeting for the fans to watch.”