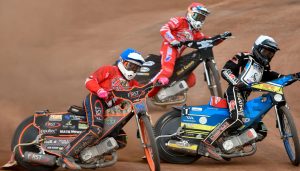 CRAIG Cook fired in a 15-point maximum as Glasgow returned to winning ways with a 49-41 victory over Scunthorpe.

The result moved the Ashfield side back up to third position in the Championship table, whilst the Scorpions are left looking over their shoulders after a point-less weekend as they look to secure a top-six finish.

Cook was backed up by Sam Jensen with 9+2 for the Tigers whilst reserve Simon Lambert (11) and Thomas Jorgensen (10+2) hit double figures for the visitors.

Jensen said: “It would be a bit easier if I could make more starts. It was difficult today because the starts were quite slick but the other days at Poole and Leicester were quite grippy.

“It’s a really exciting side now, and of course the club is doing its best to get the best team, so we can go as far as possible in this league and hopefully win it.”

Scunthorpe boss Dave Peet said: “We were a bit unfortunate not to get a point. We stuck in there the whole meeting and we didn’t let the meeting get away from us.

“But one or two of the later races didn’t go quite the way we wanted, while we were pipped a couple of times on the line and, combined, that made all the difference.”

Glasgow have also confirmed the signing of Polish rider Marcin Nowak, who took in some practice laps after the meeting and hopes to make his debut against Plymouth on Friday.