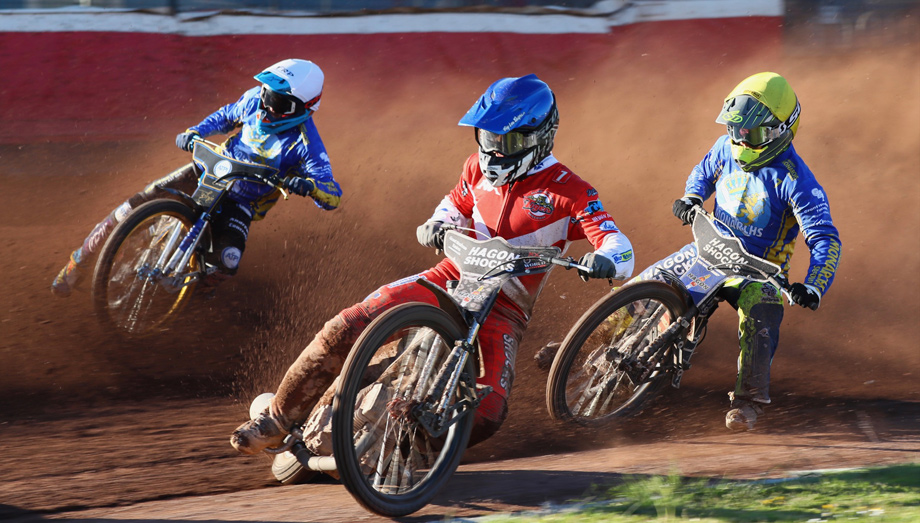 EDINBURGH are through to the KO Cup semi-finals after a dramatic last-heat triumph over local rivals Glasgow.

The Tigers won 52-38 at Ashfield but it wasn’t quite enough to overturn the 16-point deficit they had faced from the home leg.

Momentum seemed to be with the home side as they cut the aggregate gap to two points with two races remaining, after No.1 Craig Cook had suffered mechanical trouble in his first three rides.

But the Monarchs shared Heat 14 behind Benjamin Basso, and although Cook won Heat 15, the visitors’ guests Richard Lawson (10) and Justin Sedgmen defeated the previously unbeaten Tom Brennan (10+2), the latter taking third place on the last lap. Broc Nicol (9+3) scored a four-ride maximum for the Tigers.

Edinburgh manager Alex Harkess said: “The aim was to progress, and we did it! I don’t like a Heat 15 like that. With four races to go we needed eight points, and I would have liked to have gotten seven of them before Heat 15, but we didn’t.

“We lost a few 5-1’s including in Heat 13, and that made it more difficult for the riders to come forward knowing they needed to do something in Heat 15.

“But Richard Lawson did what was required, and Sedgy did something I wouldn’t have put any money on at all, and tonight he is just a hero.”

Tigers boss Cami Brown said: “I’m not going to make any excuses. I thought the team really tried from beginning to end, but we had no luck whatsoever.

“Craig had three engine failures in his first three heats – and you saw on his second bike he wins his last two heats. But we didn’t have the leeway.

“Broc got his first maximum for Glasgow – he was wonderful. Danyon Hume had two brilliant wins. He had an unlucky loss in his third race, and I couldn’t take him out of his fourth ride, he deserved his chance.”