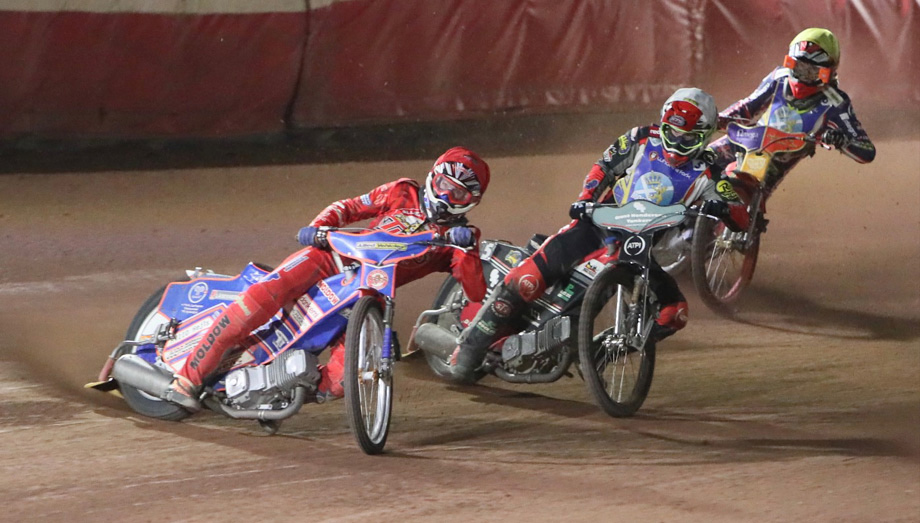 GLASGOW ran up a 56-34 win over Edinburgh to take control of their Championship play-off semi-final ahead of the return at Armadale tonight (Friday).

Craig Cook scored a 15-point maximum and Sam Jensen added 10+1 for the Tigers, who are still urging caution after they were unable to defend an 18-point advantage against the same opponents in the KO Cup recently.

Sam Masters scored 11+1 for the Monarchs with Josh Pickering on 10+1, and they now face a major task on their home circuit.

Glasgow boss Cami Brown said: “The riders have done us all proud. We asked them for a big reaction after a poor performance at Armadale last week and they’ve given us that tonight.

“But it’s only half-time. We’re not counting our chickens at all after what happened last week.

“The message will be that it’s nothing-each, it’s half-time. We don’t even have a lead. We go there to try and win a meeting first and foremost, and that’s what we’re going to try and do.”

Edinburgh manager John Campbell said: “Glasgow have got the track set the way their guys like it, and our guys didn’t cope with it at all.

“It was a cold night, and it was difficult to get the right set-up for the track. But there’s no excuse, we weren’t good enough, didn’t cope with it. Glasgow were far better on the night. Both Richie (Worrall) and Kye (Thomson) were very disappointed with their performances.

“We had a mountain to climb last week, and we did it. I don’t know what you’d say it is this week – Everest probably. If we can match our performance of last week when we beat them by 20 then it’s going to be tight, that’s for sure.”

Glasgow make one change for the second leg with former Monarchs rider Cameron Heeps riding in place of Marcin Nowak, who is returning to Poland to get married.