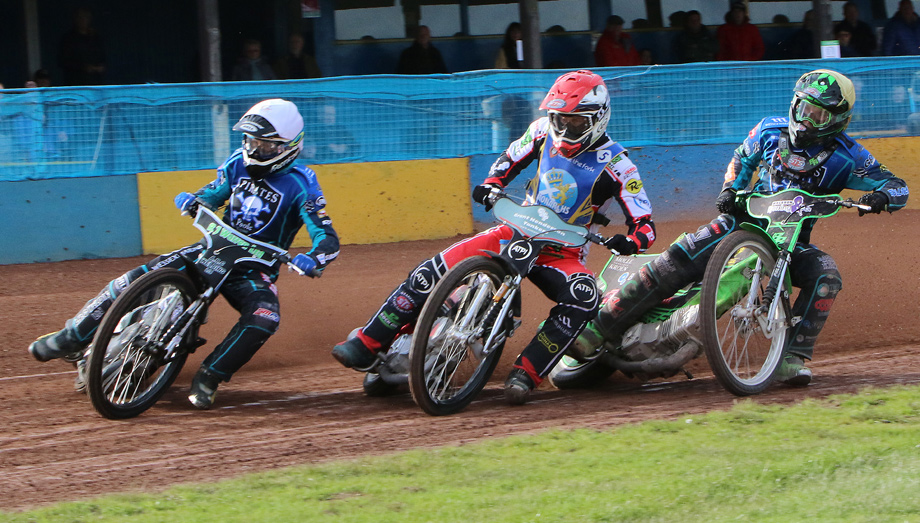 POOLE took a big step towards winning the Championship KO Cup with a 47-42 first-leg victory at Edinburgh.

Mid-season signing Benjamin Basso starred for the Pirates with 13+3 from seven rides at reserve, whilst skipper Danny King scored 13 from five including three race wins.

Richie Worrall scored 11 and Sam Masters 10 for the Monarchs, whose home season ended in disappointment, and they will look to turn around the Cup Final in Dorset on Wednesday.

Poole co-promoter Danny Ford said: “I am hugely proud of this team and with this performance today. We fought back immediately after getting a 5-0 against us in Heat 7 and then kept the pressure on Edinburgh, so much so that we were able to turn things round and get the victory.

“To win away from home with two riders not scoring all meeting and having a heat when we didn’t produce a finisher shows great resolve of character amongst the team.

“But we are only at half-time, we still must finish the job and we can be sure that Edinburgh will be going into the second leg with absolutely nothing to lose.”

Monarchs boss Alex Harkess said: “Our riders tried hard but were not at their best which was disappointing. Our top riders seem to have lost their gating touch this week and that has cost us.

“I have no complaints about their effort and Heat 15 was a real thriller to finish Monarchs’ home season. All four riders within a couple of yards and I doubt Sam Masters has ever had to work harder for a race win. We will head for Poole to do our best, as always.”