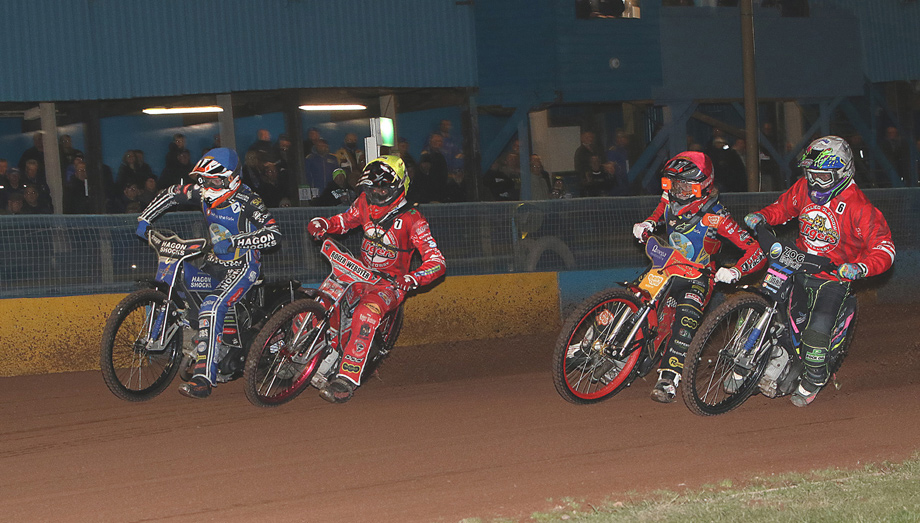 GLASGOW are through to the Championship Grand Final after holding Edinburgh to a 47-43 victory at Armadale on Friday.

The Tigers, who were defeated Finalists against Leicester in 2019, will battle for the league crown again – this time against Poole, having defeated the Monarchs by 18 points on aggregate.

Ricky Wells gave a superb performance for the visitors with 14 points from five rides, and Broc Nicol also returned to form with 10. Sam Masters scored 11+1 for the Monarchs as their title hopes came to an end.

Glasgow manager Cami Brown said: “I can’t be more proud of the boys. Over the two legs, every single one contributed in a massive way – and that’s what this team is all about.

“We’re a 1-7, we’re not about individuals, and it’s been a true team performance to get us to the Final.

“In saying that, I don’t think Ricky Wells has ridden better for us than he did tonight and Broc Nicol was sublime.”

Edinburgh boss Alex Harkess said: “It was disappointing, though all of our boys rode quite well and contributed something.

“Compared to last week we let Glasgow get too many heat winners.”