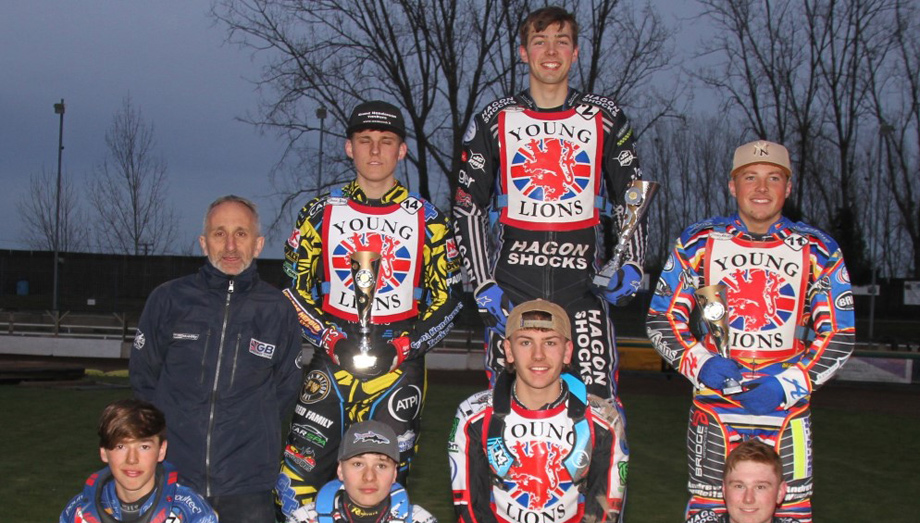 JASON Edwards scored a 15-point maximum to lead the qualifiers from the British Under-21 semi-final at Mildenhall on Sunday.

The meeting was subject to an extensive delay when local youngster William Richardson suffered a serious leg injury in a freak accident in Heat 2.

Kyle Bickley and Henry Atkins completed the top three on the day with Sam McGurk, Sam Hagon and Harry McGurk taking the other qualifying spots for the Final – the latter defeating impressive reserve Jody Scott in a run-off.

Mildenhall co-owner Phil Kirk said: “Firstly I’d like to go on record thanking our supporters for their patience – there were certain issues that we will be resolving ahead of next Sunday’s meeting.

“Also a big thank you to the riders, our track staff and the referee and GB Young Lions co-ordinator Neil Vatcher, who worked with us to ensure we could complete the meeting; it was a real team effort.

“We have been in touch with William’s father and are saddened to hear William faces a lengthy break from the sport following today’s accident.

“It has taken the gloss off the day for us as William is a fine young man and already very popular around the club. We look forward to welcoming back to the club when his recovery allows.

“On a brighter note, Jason was immaculate and showed what fans can expect from this impressive rider this year. He fully deserved his victory, and we wish him well in the Final at Birmingham later in the season.”