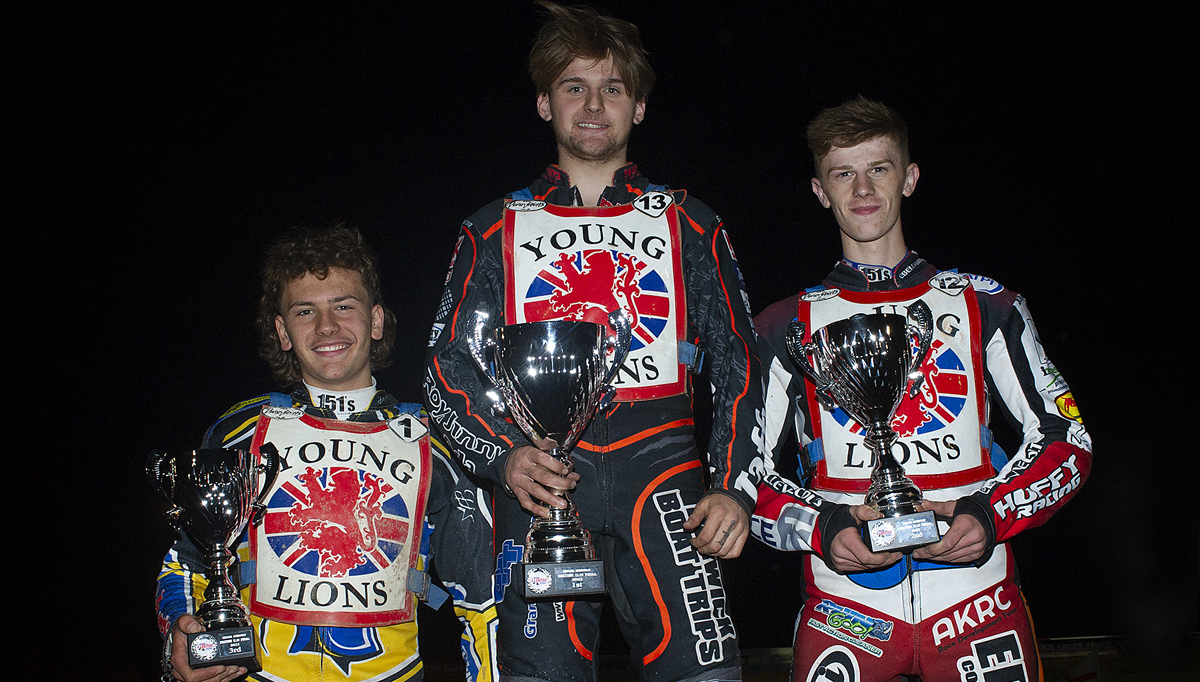 LEON Flint was crowned British Under-19 Champion with a faultless 15-point maximum at Redcar.

The Berwick and Wolverhampton youngster was one of two unbeaten riders going into the final round of races and defeated Belle Vue Colts racer Jake Mulford in the crucial Heat 19.

Mulford finished an impressive second whilst there was high drama over the final podium place with Harry McGurk, Sam Hagon and Nathan Ablitt all finishing on 11 points.

McGurk appeared an unlikely starter for the run-off after clashing with Ablitt on the last lap of Heat 17 and suffering an ankle injury – but he not only took his place, but won the race from the back with Ablitt eventually falling on the third lap.

Flint said: “I showed my class tonight. It wasn’t easy by any means though; Jake was on a max as well so it was a last heat decider.

“I won’t lie, I was a bit nervous going into it, there was a lot of pressure on us, mainly putting it onto myself just believing that I should win it.

“But I’m happy to come away with the result and hopefully now some big steps forward.”