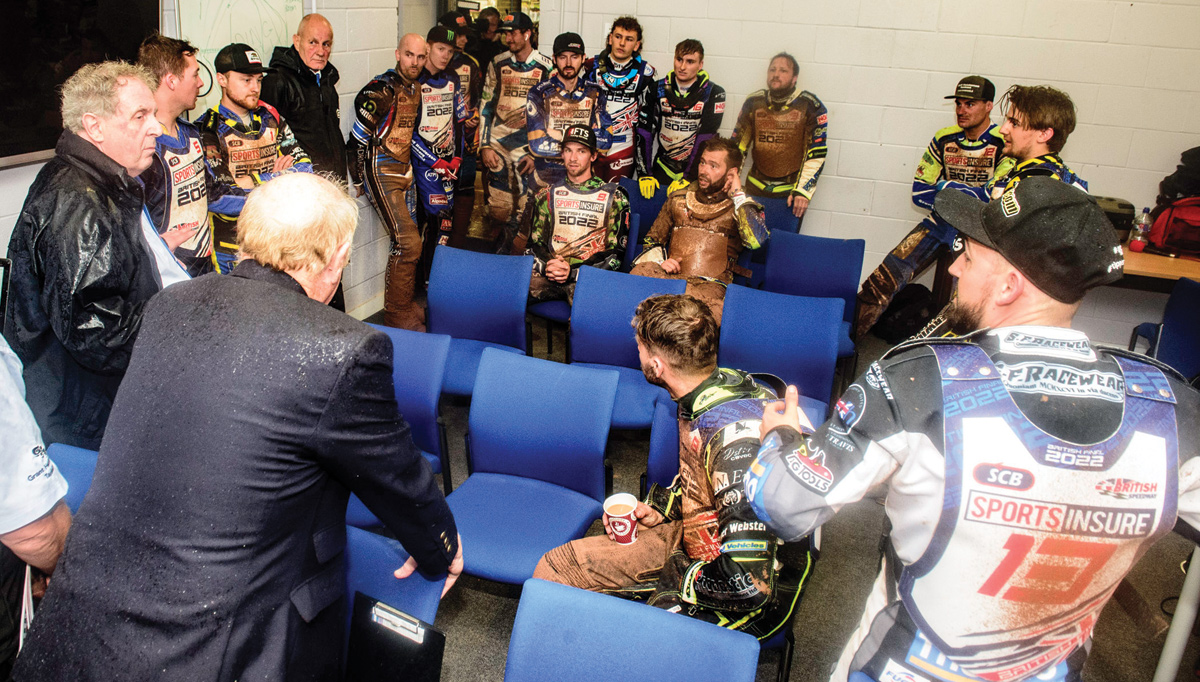 The meeting was abandoned after Heat 12 with heavy rain moving in at Belle Vue’s National Speedway Stadium.

The result will not stand, and the meeting will be re-staged at a later date.

As this cannot take place prior to the British Grand Prix at Cardiff on August 13, the BSP have now nominated Adam Ellis as Wild Card for the event, on the basis of him winning the 2021 British Championship. This nomination has been accepted by the FIM.

Supporters should retain their readmission tickets and will be entitled to a £10 discount for the re-staged event, with details to be confirmed in due course.

BSP Chairman Rob Godfrey said: “There was a procedure in the rulebook by which after Heat 12 a result could be called.

“But after consultation between the riders and the SCB, the riders weren’t particularly happy, so myself and Damien (Bates – vice chairman) intervened and factored in a good solution.

“We do apologise to everyone, but it is the British weather – and it’s 16 riders who are passionate about being British Champion. They want the opportunity to race 22 heats, and that’s what’s going to happen.”