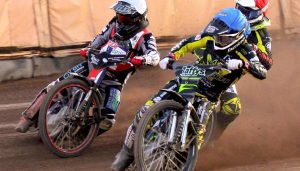 Wright collected 14+1 from five rides and was backed up by Jake Allen (12+1) and reserve Jordan Jenkins (10+2) as the Bears took three league points from Shielfield Park.

Reserve Leon Flint (10+3) was once again the Bandits’ star, but none of their top-order were able to find consistent winning form.

Berwick boss Gary Flint said: “Tonight was simply one of those nights and we already knew this would be a tough match – it proved to be just that, especially as points were not coming easily from areas of our side where you’d expect bigger totals.

“Their Jordan Jenkins had two very impressive wins, but on a night where a lot went wrong, the result just joined in to give us another kick.”