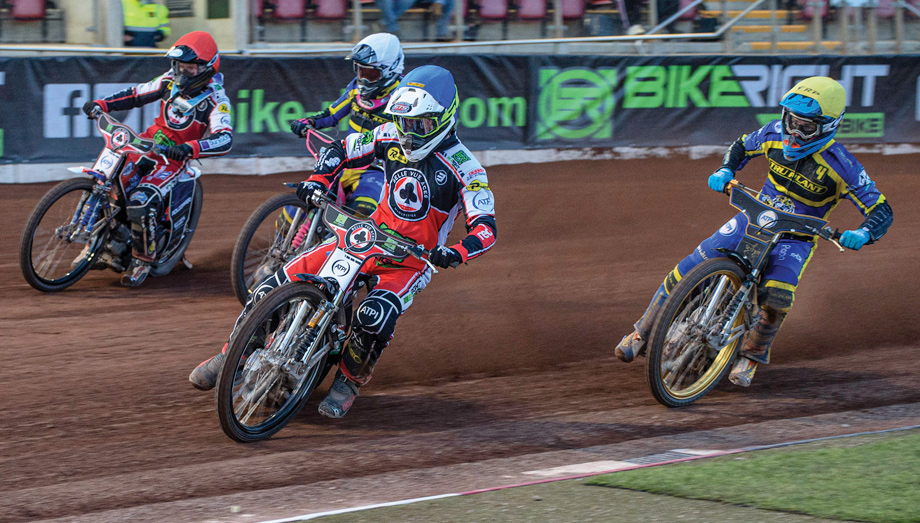 BELLE Vue were taken to the wire by Premiership newcomers Sheffield in a thrilling televised season-opener at the National Speedway Stadium.

The Aces won 47-43 with Dan Bewley the Heat 15 hero, whilst the Tigers gained a league point thanks to a stunning showing from Jack Holder who racked up 19 points from seven rides.

Bewley scored 12+1 and defeated Holder in the last race as the Australian took three successive rides, having brought his side back in with a chance of victory by teaming up with Justin Sedgmen for a 5-1 in Heat 14.

Belle Vue star Brady Kurtz (9) said: “Starting off with a win at home is always what you want but it certainly settled a few nerves in the pits once we’d managed to get it in the bag, and all the boys chipped in for it.

“Sheffield have got a pretty strong team. They definitely kept us honest and pushed us very hard, but that again is something that we need because it brings out the best in us.”

Holder said: “I’m just pleased to have raced for Sheffield and I’m really pleased we’re up and running in England. It’s been good to have some meetings in Poland but I’m also really pleased England has opened up.

“I think when we are at full strength we will do well but there will be the occasional issue with Adam (Ellis) and myself where we have to miss a meeting, that’s just how it is.

“As long as we’re in the play-offs we can go on and do something big in this league.”