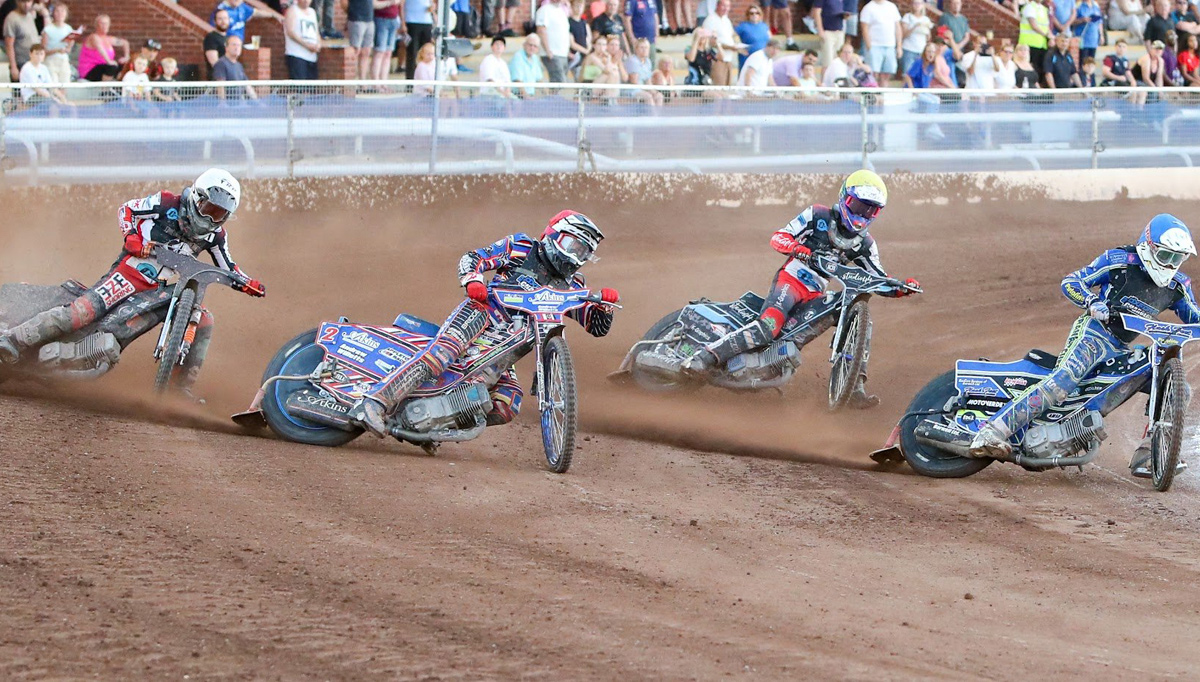 The meeting went to a last-heat decider where a Colts 5-1 would have seen them snatch victory – but in fact guest Adam Roynon suffered mechanical trouble at the start, with Jordan Jenkins and Henry Atkins scoring a 5-1 for the Chargers over Jack Smith leaving the visitors point-less overall.

Said Atkins said: “It was getting a bit close in the middle of the meeting, so we had a chat, because we knew we needed a few more points. But we got the victory and three big points and now we sit in a solid third position in the league.

“Before some of my races, both Jason (Crump) and Peter (Schroeck) said: ‘We need you to do well here’, so I knew I had to make a decent gate and post a 5-1 with Jordan.

“We did that a few times; on a couple of times we didn’t, so we made sure we did it in the final race to get the win, which is the main thing.”

Colts co-boss Graham Goodwin said: “We’re just gutted for the boys. The way they rode tonight, they absolutely deserved a point, but we had our fair share of bad luck.

“With Jake [Mulford] being excluded in Heat 13 after his silencer came loose and Adam suffering engine failure in Heat 15, a few things went against us.

“As unfortunate as this result is, we are still on track for the play-offs. We’ve got a handful of meetings left to accumulate points and I’m sure the lads are as determined as we are to do so.”