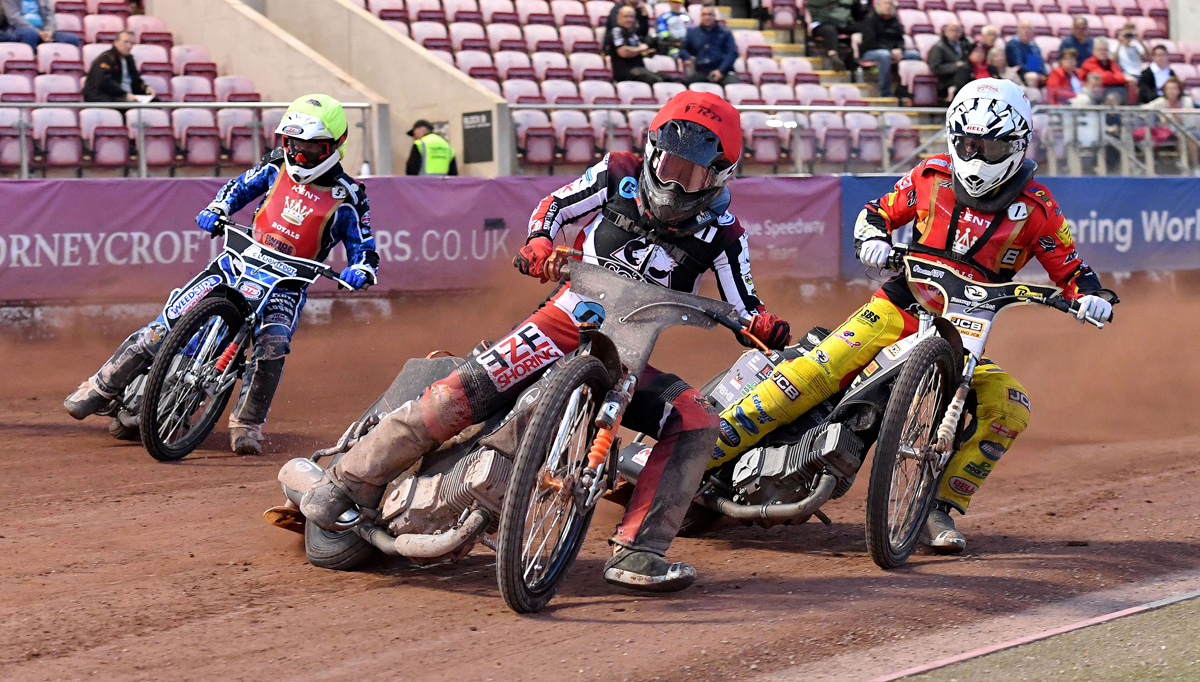 BELLE Vue demolished a weakened Kent side 64-26 to enhance their position in the National Development League play-off places.

Reserve Archie Freeman scored a first maximum for the Colts with 11+1 whilst heat-leaders Jack Smith and Nathan Ablitt added 13 and 11 respectively as the home side topped the 60-point mark for the fourth time this season.

Guest Dan Thompson won three races and scored 11 points for the Royals, who tracked just three of their regular riders.

Freeman said: “I started on a win and ended on a win. It was a tough call for Heat 15 but I didn’t want to risk my first maximum in Belle Vue colours!

“This is a big result for us. We’ve obviously done this many times before this year, but Kent are one of the teams chasing us down for a spot in the top four.

“It’s unfortunate that they drew the short straw with injuries, but these are opportunities you have to make the most of and we had a job to do, which we did.”

Meanwhile Cooper Rushen won the British 125cc Youth round which preceded the meeting, whilst Harry Fletcher won the support class.