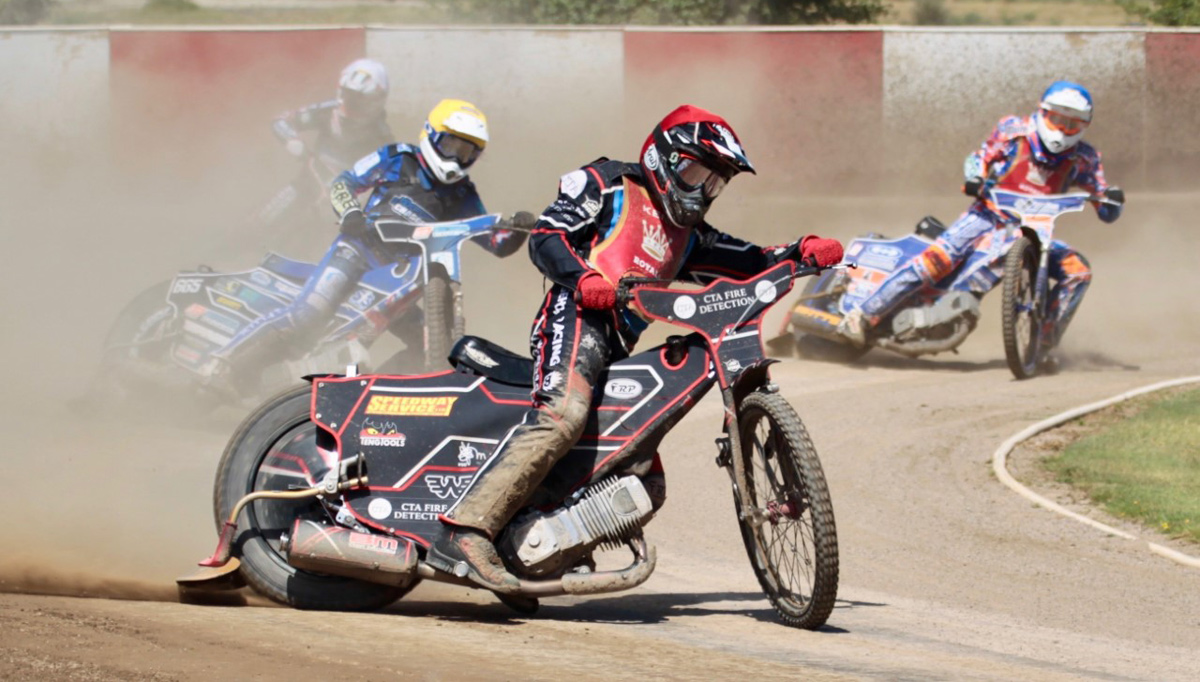 OXFORD won a crunch play-off clash at Kent in the NDL, coming away from Iwade with a 47-42 victory.

The Chargers are now well-placed in the top four after an impressive display which saw them make a flying start to go ten points up after three races.

Henry Atkins led a solid team effort with 9+2, whilst the Royals’ top two of Alfie Bowtell (13) and Ben Morley (12+3 paid maximum) combined for two late 5-1s as the Chargers were trimmed to three league points from the meeting.

Oxford boss Peter Schroeck said: “Many of our lads hadn’t been to the track in Iwade for quite a few years, but we took control of the meeting from the off.
“I’m very proud of how they battled away, especially since Iwade is quite a tricky little track to ride.

“You can get greedy, because it looked like we could pick up the fourth league point, but we didn’t quite get it.

“But we did what we came here to do, which was pick up the away victory and the three points. It was a great result, a very important result, and I couldn’t be prouder of the team.”