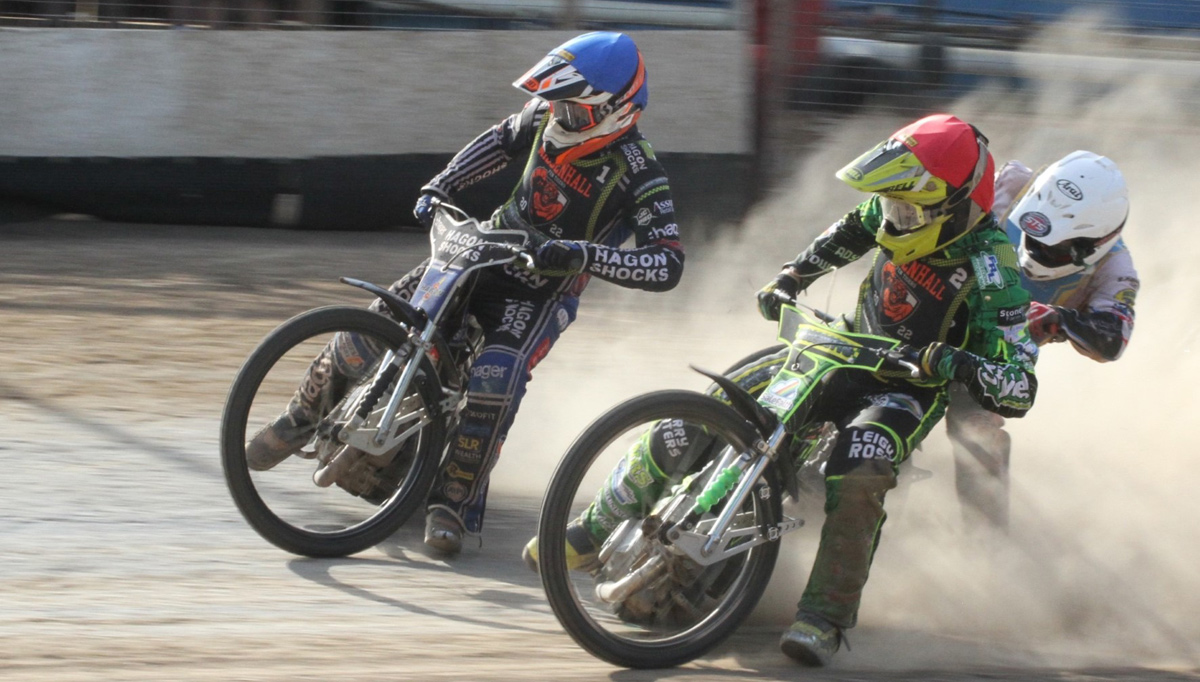 MILDENHALL raced to a 60-27 win over Armadale in a long-running meeting punctuated by a series of withdrawals.

Home No.1 Jason Edwards scored a 17+1 paid maximum from six rides whilst reserves Luke Muff (13+3) and Josh Warren (11+4) both piled up the points as they took additional outings.

The Fen Tigers operated rider replacement for the injured James Shanes, and then lost recent signing Matt Marson to a broken collarbone in his first ride.

Lee Complin scored 10+1 for the Devils but Josh Embleton, Gregor Millar and Lewis Millar all suffered knocks and did not complete the meeting.

Edwards said: “There were some really good races – I had great scraps with both Complin and (Danny) Phillips. And for Complin to record a time of 51.5, well that shows how good the track was riding.

“All of our team were well chuffed with the track today – there was a bit of dirt on there to use, to give us options and that was shown by the passing that happened.

“We just wanted to get on and race and must say thanks to the fans who were so patient during the delays, which can’t have been easy for them in such hot conditions.”