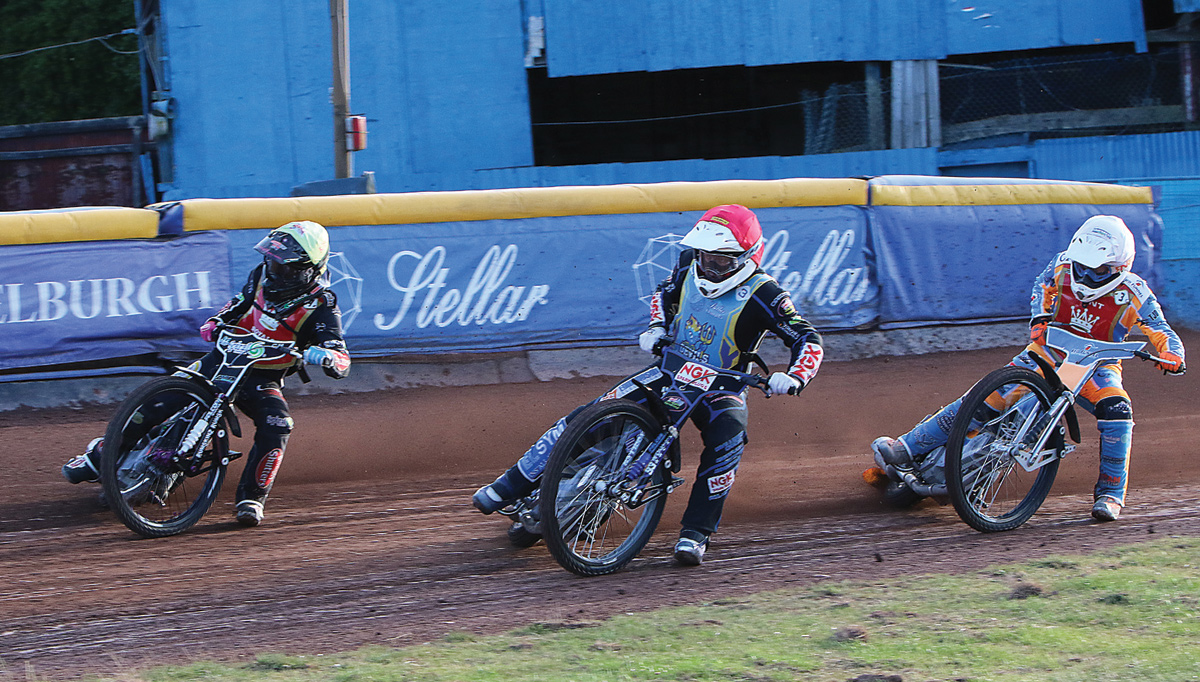 KENT remain firmly in the NDL play-off hunt after a 48-42 win at Armadale in a last-heat decider.

The Royals are fourth in the table and crucially have joined Leicester and Oxford in having two away wins as well as an unblemished home record.

Ben Morley completed a paid maximum (13+2) in the last race and was joined for a 5-1 by Alfie Botwell (14), who dropped just one point from five rides when he was beaten by home debutant Lee Complin in Heat 1.

Reserve Gregor Millar won three races to finish with 10 for the Devils, whilst Complin added 9.
Complin said: “I found it good, obviously the track was different to when I came with Newcastle and there was a bit more dirt on.

“I’m struggling with starts at the moment, and obviously just riding time, being out for ten years, come back and then another month off, I don’t need that right now!

“I hope to bang some points in at Leicester tomorrow (Saturday) and Mildenhall on Sunday.”