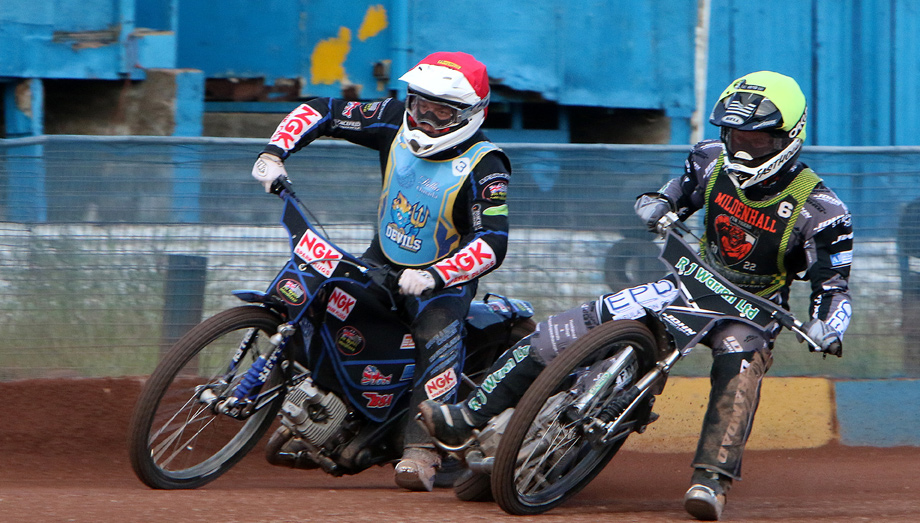 MILDENHALL got their National Development League defence up and running with a 50-38 win at Armadale on Friday.

Jason Edwards scored a 15-point maximum for the Fen Tigers as the visitors dominated the race wins, recording 11 in total.

Armadale boss Alex Harkess said: “Mildenhall deserved their win obviously, but we did manage to give them a better fight over the closing races.

“Josh Embleton worked hard and got some reward and Danny Phillips led the way for us.”