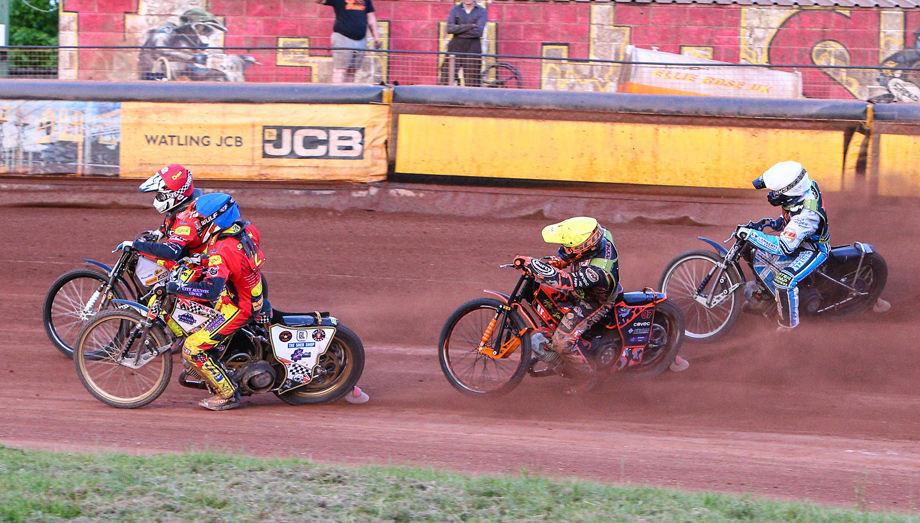 LEICESTER made it back-to-back home wins by overcoming champions Mildenhall 49-40 at the Paul Chapman & Sons Arena.

Dan Thompson lowered his own NDL track record in Heat 1 as he and brother Joe both scored 12+1 – although their unbeaten record around their own circuit this year was ended by Fen Tigers’ No.1 Jason Edwards in Heats 13 and 15.

Edwards also scored 12+1 for the visitors, who were severely hampered by the loss of both reserves as Josh Warren suffered an ankle injury in Heat 2, whilst Luke Muff was ruled out with a neck problem after crashing in Heat 8.

Lion Cubs boss Dave Howard said: “We had some issues with getting the right lines out of bends in the early races, and the crashes as well.

“Obviously we’re pleased to win and stop them getting a point, because the objective is always to not only win the match but to stop the away team grabbing a losing bonus point.

“They have two strong heat-leaders and (Jack) Kingston has come back far stronger than his average, considering he’s had some years out, so he’s strengthened them. It was good to get the win, and good to stop them getting a point.”