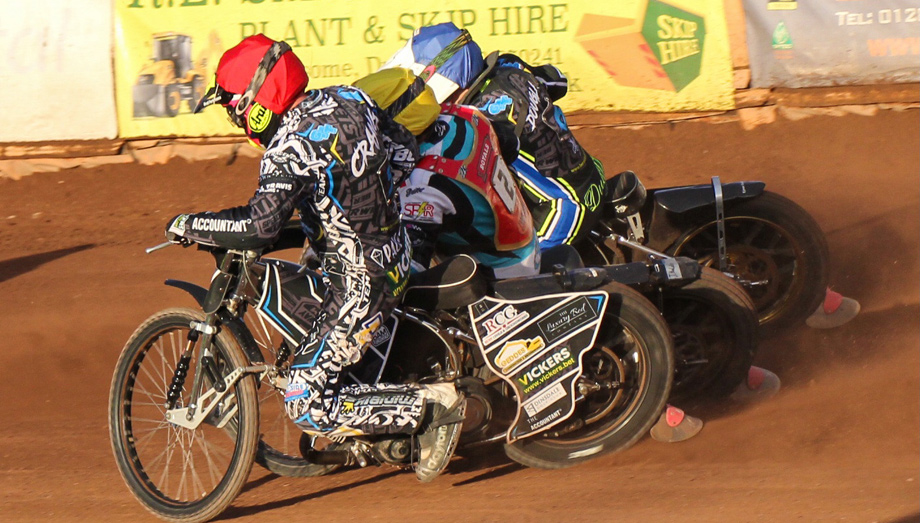 BERWICK are nine points clear at the top of the National Development League table after defeating second-placed Kent 53-37 at Shielfield Park.

The Bullets made it five wins out of six with their latest success, despite suffering no fewer than three handicap penalties for tape-breaking offences.

Six of the home side won at least one race, with skipper Kyle Bickley leading the way on 11+1.

Kent No.1 Alfie Bowtell was the individual star of the night with 13, but Ben Morley suffered a leg injury in a Heat 13 fall which caused Bowtell to lay his machine down.

Bullets boss Gary Flint said: “The boys deserve to celebrate another victory as they had to dig deep at times on a night when not everything went smoothly.

“Once again our reserves were the key. It may be different personnel, but Ben (Rathbone) and Kieran (Douglas) really backed up the top five and their points were crucial in the final analysis.

“Kent are a good side and in Alfie Bowtell have one of the league’s top riders so to win by 16 points is an outstanding performance.”