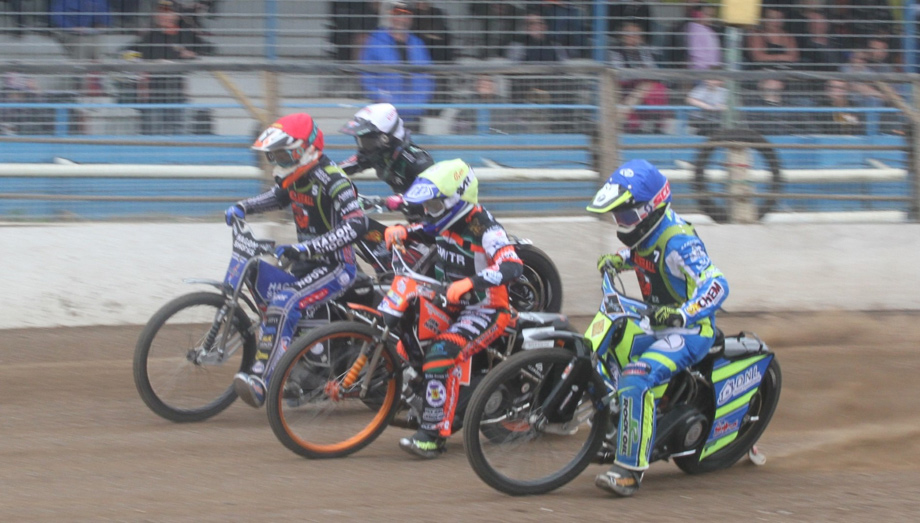 MILDENHALL have two injury concerns and were ultimately frustrated by the weather in Sunday’s abandoned clash with Plymouth.

Heavy rain intervened and forced a halt to be called after seven races, at which time the Fen Tigers led 31-10.

That was a remarkable achievement given that Ryan Kinsley (shoulder injury) and Sam Bebee (back spasms and sore ribs) were both ruled out after a Heat 1 accident which had seen all four riders come down on bends three and four.

Mildenhall co-owner Phil Kirk said: “It’s not been a good day for the club, to see Ryan and Sam get hurt in the opening race was awful, and we are waiting now to see how long we will be without them.

“In just a short period of time the team has bonded so well and this is a big blow, but we will battle on and we all send Ryan and Sam our best wishes for a quick recovery.

“Then after this we had the remaining five lads riding with such commitment for the club and their injured team-mates, only to see the rain arrive after seven races and be left with no option but to abandon the meeting.

“I guess if we take any positives from today it is the efforts of the five lads as we were heading towards a big win even without Ryan and Sam.”