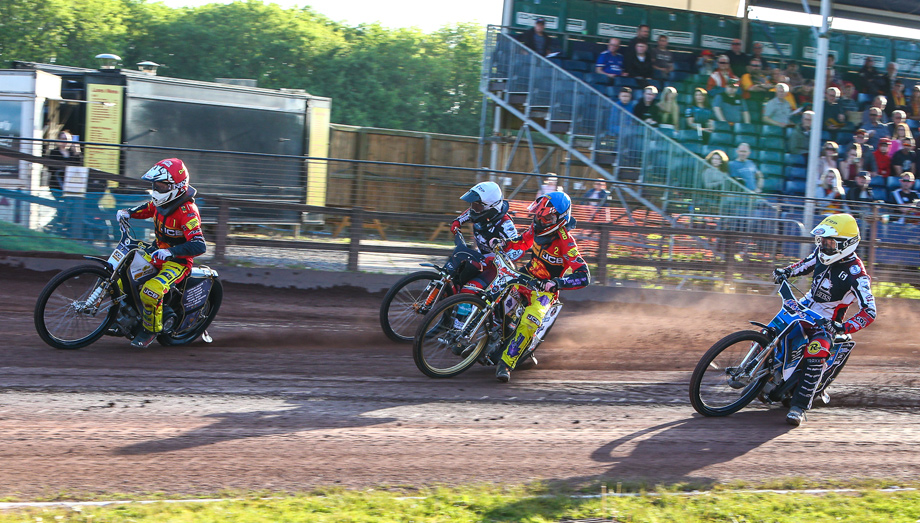 Dan Thompson scored a 15-point maximum for the Lion Cubs and also lowered his own NDL track record at the Paul Chapman & Sons Arena, and brother Joe was also unbeaten by an opponent with 13+2.

The Colts weren’t helped when skipper Jack Smith crashed out of the meeting in Heat 5 and suffered rib damage. Nathan Ablitt top-scored for the visitors with nine.

Cubs boss Dave Howard said: “It was a really strong performance with Dan and Joe winning all races very easily, and Connor (Coles) made a great start for us.

“He showed what difference it could make for us with that third heat-leader strength.

“It’s a really, really encouraging start, and hopefully it shows we’ll have a solid team this year, because obviously the key is going to be grabbing single points and more away from home.”

Colts co-manager Graham Goodwin said: “The boys gave it a really good go but unfortunately it was just one of those nights where everything that could go wrong went wrong.

“Jack had a big off in Heat 5 which he was lucky to walk away from. To his credit, he waited and waited to see if he’d be ok to carry on racing, but it was clear it wouldn’t have been wise.”