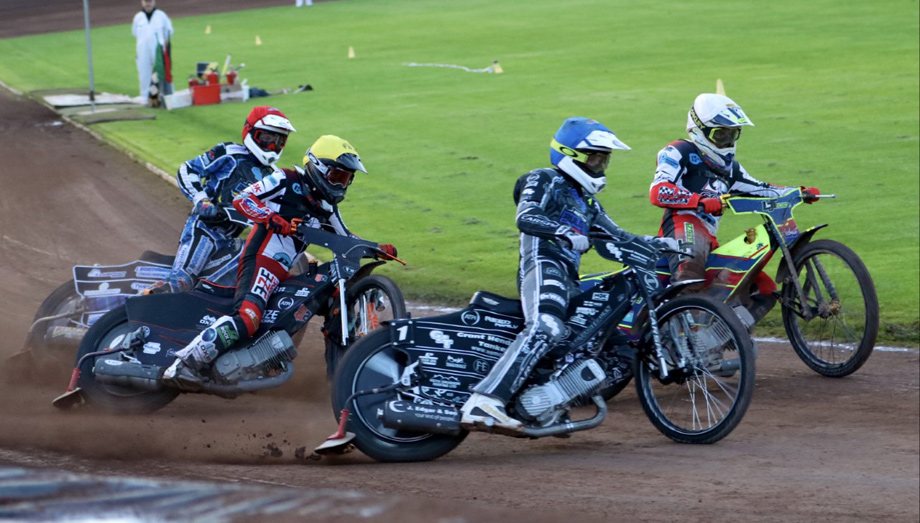 KYLE Bickley and Greg Blair scored paid maximums as Berwick kept up their strong start to the NDL campaign with a 55-35 win over Belle Vue.

Bickley collected 14+1 and Blair 13+2 for the league leaders, whilst Nathan Ablitt scored 10+1 for the Colts in a meeting high on entertainment.

Berwick boss Gary Flint said “We did everything right tonight and got the just win we deserved, but also we go into these NDL matches wanting to progress from one to seven, and we did that comfortably.

“We also go out to have some fun, and I don’t think any fans would disagree that that tonight was top-level fun! Such a great meeting tonight.”

Ablitt said: “We had a bit of bad luck before we even started, with JPB (Jack Parkinson-Blackburn) withdrawing and Sam (McGurk) blew an engine on parade but even so we were still in the mix.

“I think with a little more track knowledge, things could have been closer, but we can’t take away from the Bullets. They were strong at home and deserved winners.”