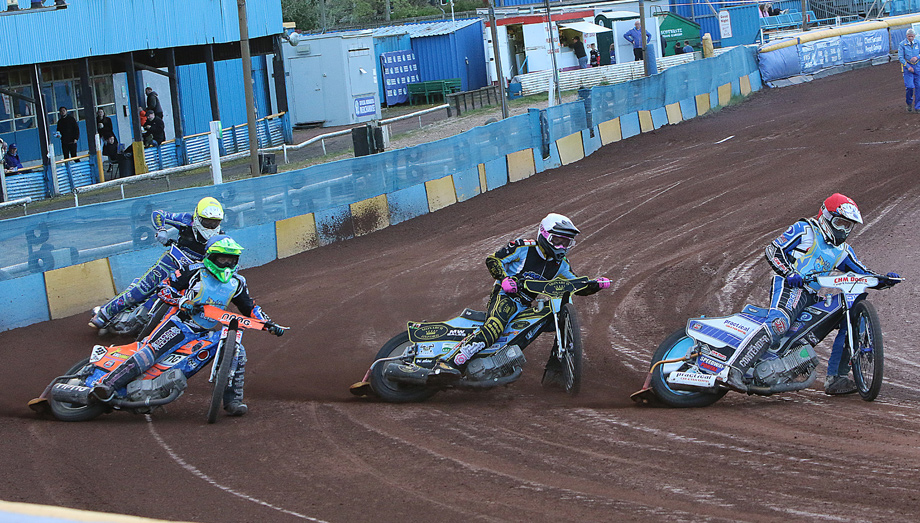 OXFORD heat-leaders Jordan Jenkins and Nathan Stoneman both scored maximums as the Chargers grabbed a 48-42 NDL win at Armadale.

The final five races saw 5-1s traded between the sides throughout, with Jenkins (15) and Stoneman (13+2) twice teaming up in Heats 13 and 15 against Danny Phillips and William Lawson in the former, and Phillips and Tom Woolley in the decider.

Guest Ace Pijper chipped in with 7+2 after a first-ride disqualification, whilst Woolley top-scored for the Devils with 12.

Armadale’s Lewis Millar said: “At one point we were really close to winning it, then we lost another 5-1 and it was out of our grasp again.

“But some of us are starting to score points again, and getting our confidence back. There’s definitely positives to take, and this is what this whole thing is all about, bringing on the younger riders. We’re definitely getting there, it just takes time.”