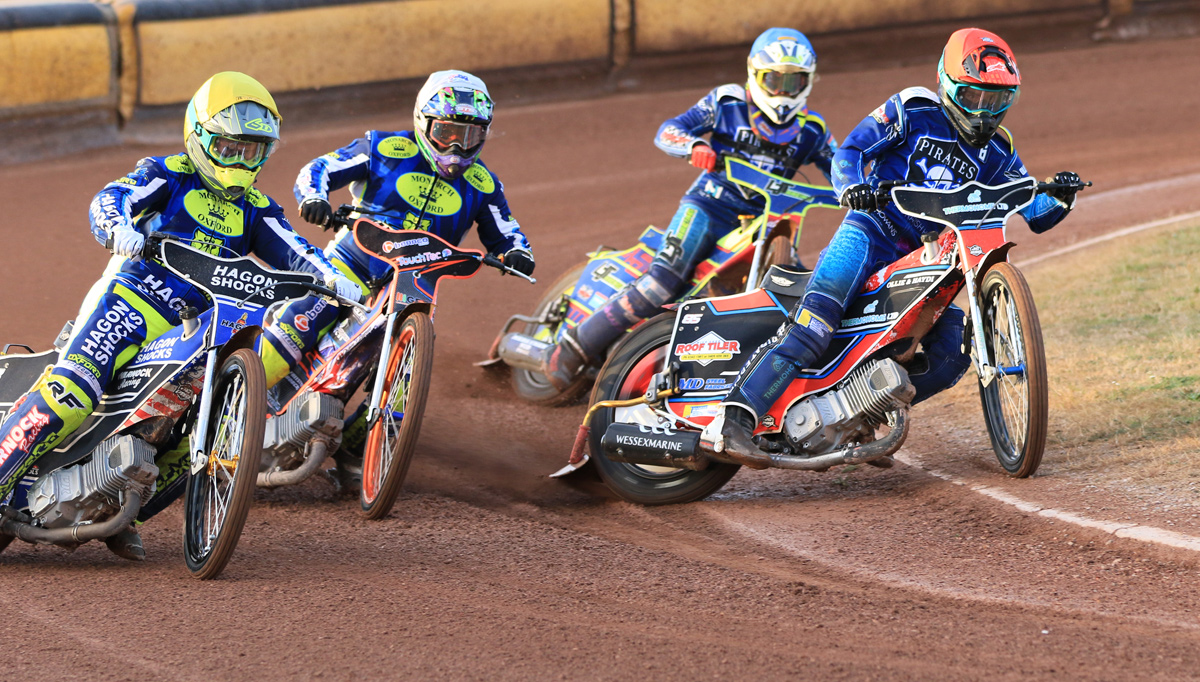 POOLE secured their place in the Championship Jubilee League Final after coming from behind to beat Oxford 48-42 at Wimborne Road.

The Cheetahs made a flying start and led 19-11 after Heat 5, and they were four points up with three races remaining.

But the Pirates ended the meeting with two successive 5-1s, with Ben and Zach Cook combining in Heat 14 and then Danny King and Richard Lawson followed up in the decider.

Lawson scored 16+1 and King added 11+1 for the home side, whilst Nicholls top-scored for the Cheetahs with 10+1.

Pirates boss Neil Middleditch said: “We were facing a very tough run-in over those last four, the more I looked at the programme the more I knew we had to produce something very special indeed.

“I went up to the Cook boys and just told them that tonight was the night they could become true heroes and boy, didn’t they respond superbly!

“Their efforts made it easier for Danny and Richard to finish the job off, as they only needed a shared heat in the last race, but they then finished the night in style. We made things very difficult for ourselves tonight, we just weren’t gating.”