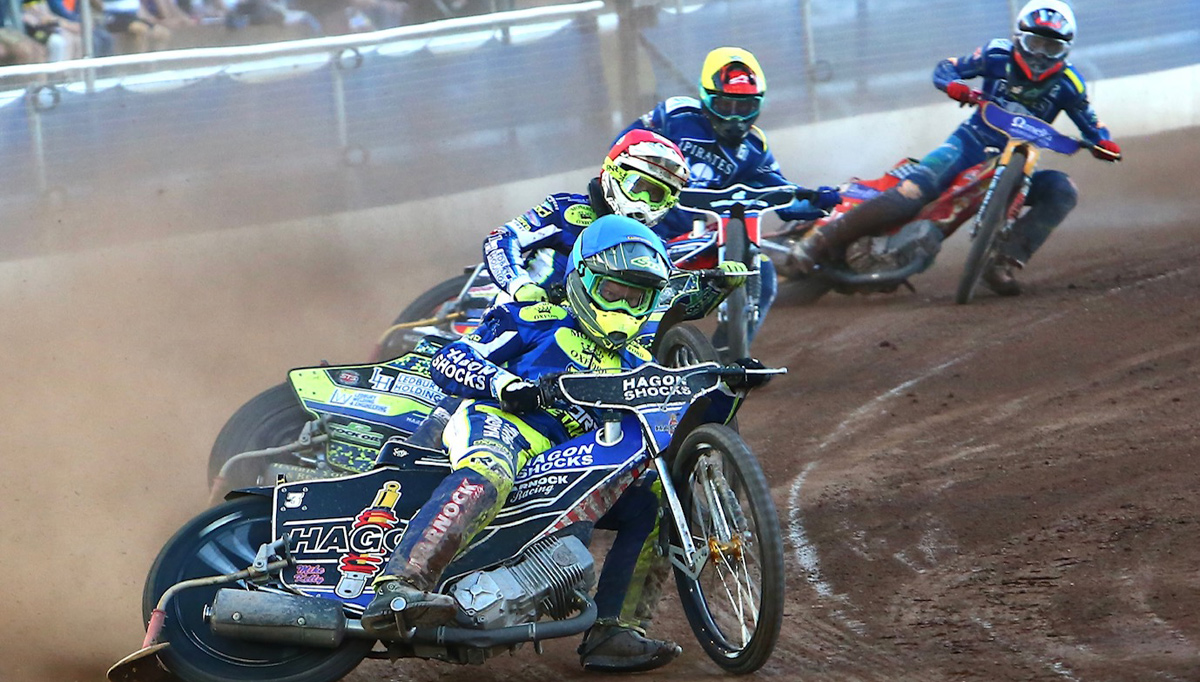 OXFORD and Poole fought out a 45-45 draw in a thriller at Cowley – with the sides due to meet again at Wimborne Road on Wednesday.

The result did not quite secure a place in the Championship Jubilee League Final for the Pirates, but they still have two home matches remaining.

Tuesday’s match went right down to the final bend of Heat 15 with Pirates skipper Danny King splitting Aaron Summers and Troy Batchelor by moving inside Batchelor and then holding off the home rider’s response in a tight finish.

Summers top-scored for the Cheetahs with 12 points, whilst Steve Worrall (12) and King (10+1) led the way for the Pirates.

Said Summers: “We knew it was going to be a tough one against Poole. We were giving it our best, and it was close all night. We were in front, then they were in front, and it went all the way to the final race.

“I made a good gate and when I had a look behind me, I could see Troy battling away. One moment he was there, and we had the 5-1 we needed, the next moment Danny was there.

“It was a good meeting and we did all we could. We really could have done with a win, but we’ll still go to Poole and do our best to win the meeting there.”