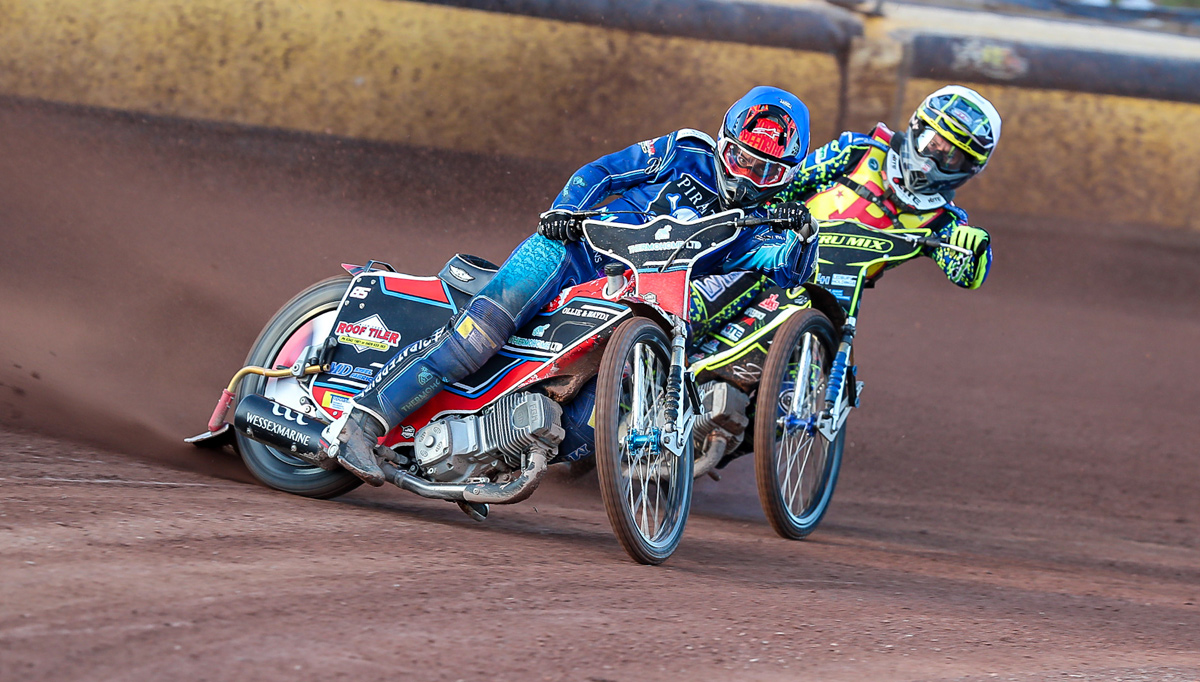 POOLE’S Ben Cook scored his first maximum for the club in a 59-31 Championship Jubilee League win over a heavily depleted Birmingham side.

Cook, who went close to a full house at Perry Barr on Wednesday, scored 13+2 from five rides with heat-leaders Richard Lawson and Danny King both adding 13+1.

The Brummies, who tracked just one of their regular riders, remained in touch in the early stages, and the Pirates’ win was made more emphatic by four 5-1s in the last five races. Justin Sedgmen top-scored with 10 for the visitors.

Poole boss Neil Middleditch said: “We did our job tonight, but they made us work for it.

“Just as I always tell our lads, never ever underestimate the opposition and we didn’t – but I looked at the scores at one stage and we were only leading by two when you would have thought we should have been doing so by ten.

“But we then put the pedal down and got the result, but fair play to those lads that turned out for Birmingham, they gave us something to think about.”