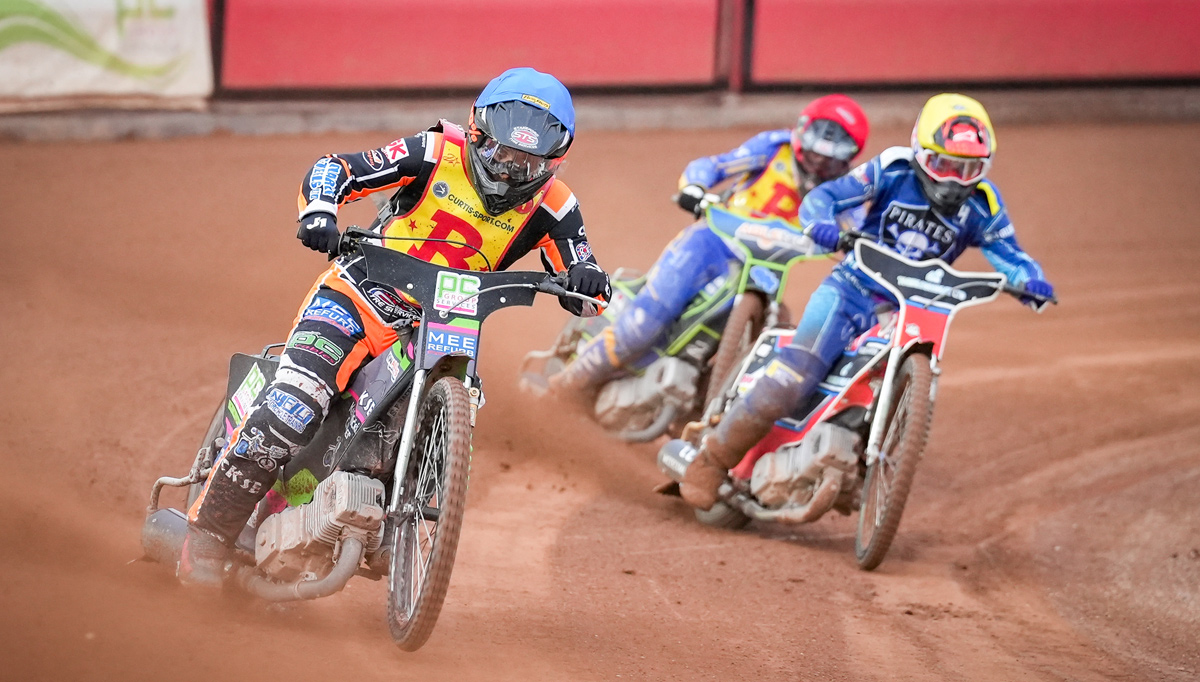 POOLE raced to a second maximum-points away win in the Championship Jubilee League by thrashing Birmingham 56-34 at Perry Barr.

Richard Lawson scored a 15-point maximum for the Pirates and reserve Ben Cook tallied 13+3, dropping his only points in Heat 15 as the visitors provided all but one of the race winners.

The Brummies’ task was made near-impossible when skipper Ashley Morris and Stefan Nielsen crashed out in successive races, with guest reserve Jason Edwards impressing with a 12+2 score.

Pirates co-promoter Danny Ford said: “Obviously we feel for Birmingham and their problems. They already had a heavy injury list, but to then lose two more riders made it a tough task for them and we wish both Ashley and Stefan all the very best for a speedy recovery.

“But to be honest, our lads were really going well. Ben had been unbeaten until the nominated ride and he worked really hard to try and complete the maximum in Heat 15 but just couldn’t get by Jason.”

Brummies boss Laurence Rogers said: “How many times have we said it this season, if we didn’t have bad luck we wouldn’t have any luck at all?

“We’ve been left with bruises on riders and bruises on confidence after that.”