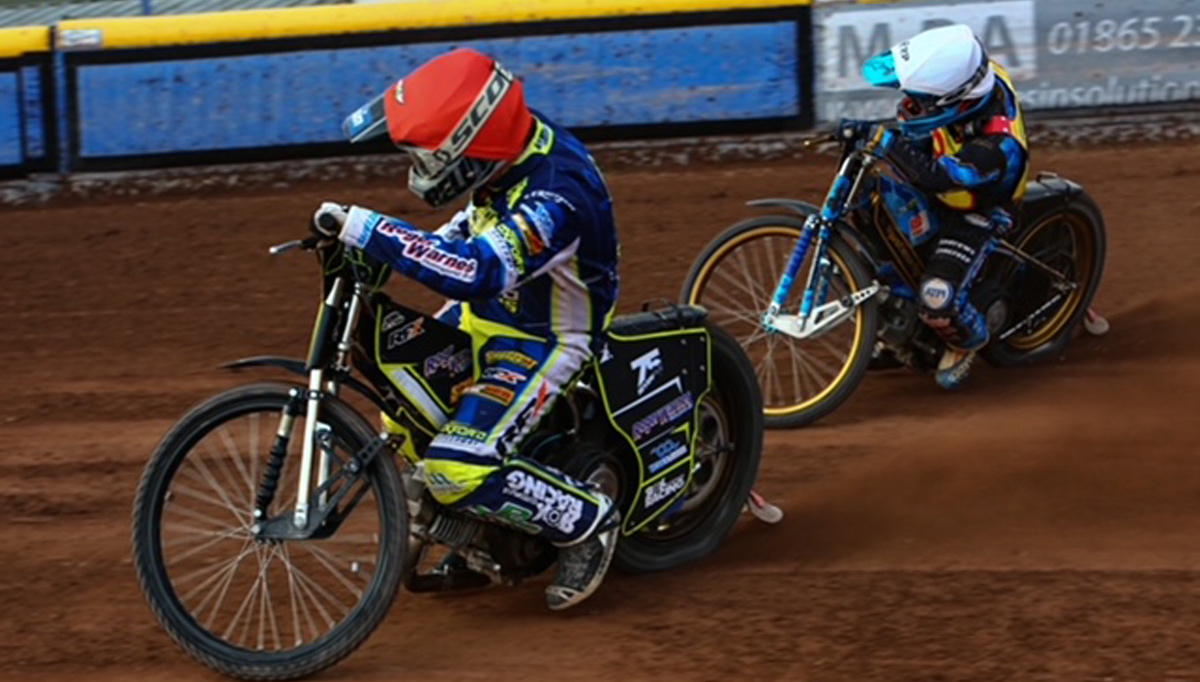 OXFORD ran up their biggest win of the season to defeat Birmingham 56-34 and make a positive start to the Championship Jubilee League.

Troy Batchelor scored 13 points for the Cheetahs and was unbeaten prior to Heat 15, whilst skipper Scott Nicholls added 12 and Aaron Summers 10+1. Guest Tom Brennan scored 14 from six rides for the Brummies.

Nicholls said: “It was a good all-around performance. We put in the effort, everyone gave 100 per cent, and we got a great win and that’s all you can ask for.

“It has given us a bit of confidence for the rest of this competition. We’ll concentrate on one meeting at a time. Firstly, we need to make sure that we also win up at Birmingham. After that, we’ll focus on the meetings against Plymouth next week.”

Brummies boss Laurence Rogers said: “The guests there did us proud but apart from that Oxford took advantage.

“We’ve got a strong looking team on paper for Wednesday night and we want, and need, another performance and result like we had last week.”