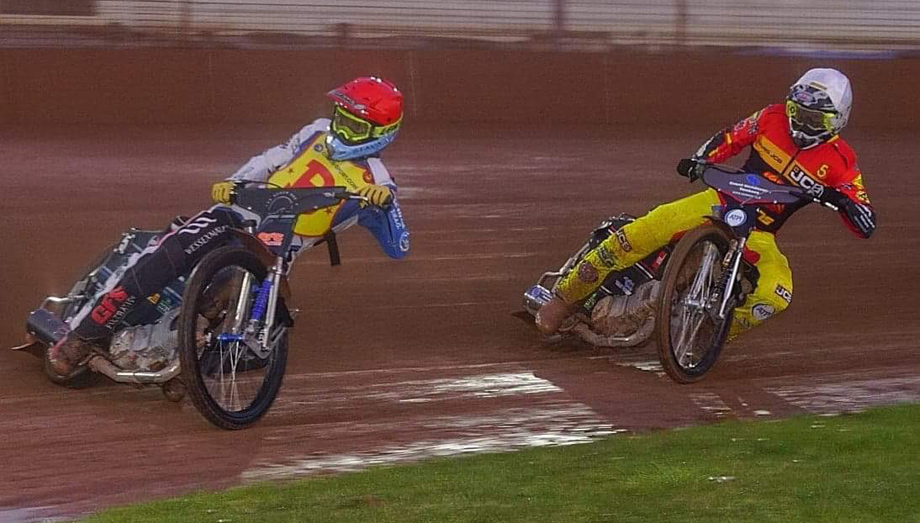 BIRMINGHAM and Leicester drew 30-30 in a rain-curtailed KO Cup second leg tie with the Lions progressing on aggregate.

The newly re-laid Perry Barr circuit stood up well to heavy rain just prior to the start, before another downpour forced an early end to proceedings after Heat 10.

Claus Vissing top-scored for the home side with eight points from three rides, a total matched by Richie Worrall for the Lions, for whom Anders Rowe added 7+1.

Birmingham boss Laurence Rogers said: “The track rode well, the team rode well and considering the rain, I think it was a superb night. It was a good start to the new era of speedway at Perry Barr and we can grow on this in more ways than one.

“We looked solid as a team, and there were encouraging signs and moments from each and every one of our boys.

“Full credit to John Priest our track man, and everyone who has mucked in in recent months as well, because that track was chalk and cheese to last season – and that after rain which wasn’t forecast.”

Lions boss Stewart Dickson said: “It was a shame for the Birmingham promotion, because when I got here I thought the track looked in fantastic shape, and that heavy downpour did spoil things.

“The fact that we’re through to the quarter-finals is pleasing from Leicester’s point of view, and nobody got hurt in the conditions, which were deteriorating when the rain came down again around Heat 9. All the riders came through safely, and now we move on.”