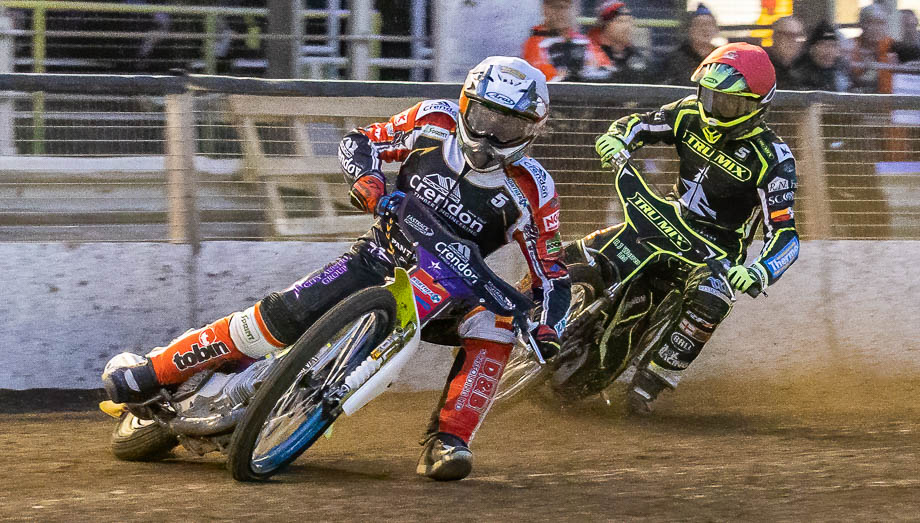 PETERBOROUGH completed a League Cup double over Ipswich with an impressive 50-40 win at Foxhall on Thursday.

The Panthers took maximum points from the meeting to establish a strong position in the group, with Hans Andersen blasting back to top form with 11+1, a score matched by Chris Harris.

Ipswich No.1 Jason Doyle was responsible for four of his side’s six race wins as he tallied 14, but he came to grief when taking a tactical substitute ride in Heat 12.

Panthers boss Rob Lyon said: “It feels like same again from last season – same mindset, same process, same set of riders pretty much, and it’s like it’s carried on from last October, and here we are again.

“Hans was on fire tonight, and he was unlucky in Heat 15 to be fair. The match was already won and he was just having a good old race with Jason Doyle, and he came off second best unfortunately – but he was good tonight, very good. It was a great all-round team performance once again.”

Witches boss Ritchie Hawkins said: “It was a disappointing performance, and I think it was quite clear that it was a team that’s high on confidence, who have carried their mojo over from last season, the reigning champions, against a team that’s just been put together and isn’t quite on the ball yet.

“Doyley was brilliant, I think he’s showed his class straight away and he was very quick. That was a positive, and although it was a bad result there were still some positives to take from it.”