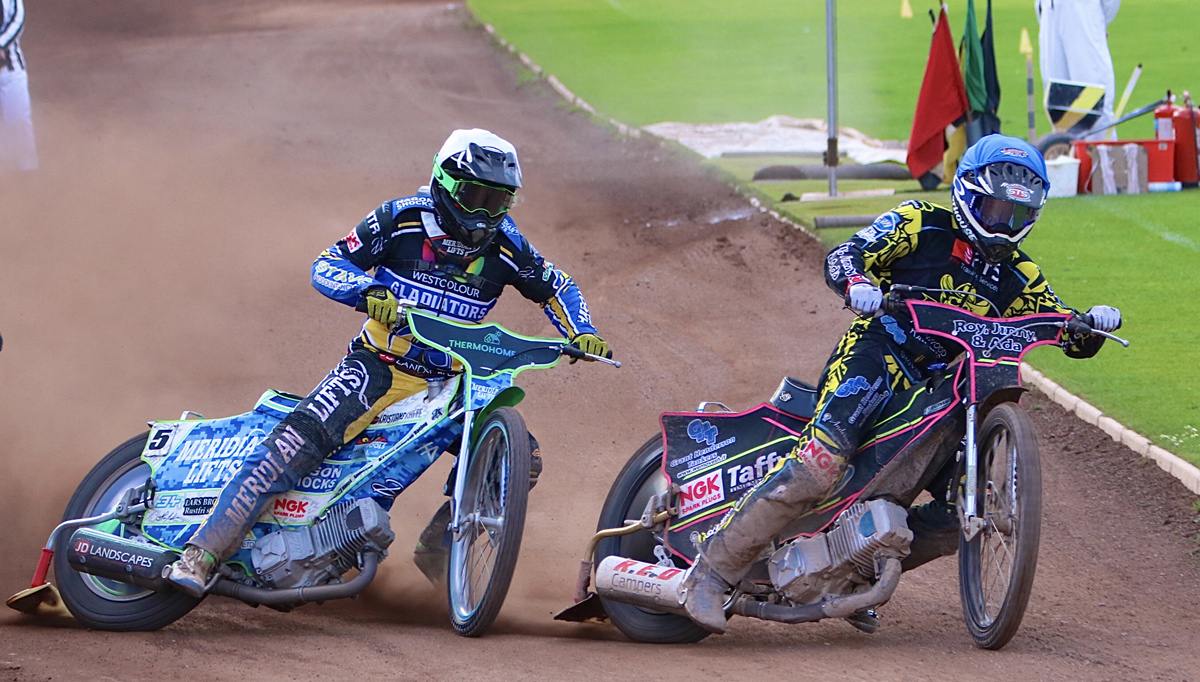 BERWICK halted their home winless streak at the eighth attempt with a 59-30 win over Plymouth at Shielfield Park.

The result moved the Bandits above Oxford in the Championship, and featured a first senior maximum for Leon Flint as he scored 14+1 from five rides – and skipper Chris Harris was also unbeaten with 13+2, whilst Jordan Jenkins guested at reserve for Jonas Knudsen and racked up 14+3.

Jenkins took seven rides due to his reserve colleague Nathan Stoneman suffering a suspected broken shoulder blade in a frightening Heat 2 crash. Guest Lewis Kerr top-scored for the Gladiators with 9+2.

“After pushing Edinburgh so close on Friday night we did expect a tough battle from Plymouth but, despite losing Nathan, we stamped our authority on the meeting early.

“Bomber and Leon have been carrying the burden when the going has been tough so it was only right that they should spearhead our victory.”