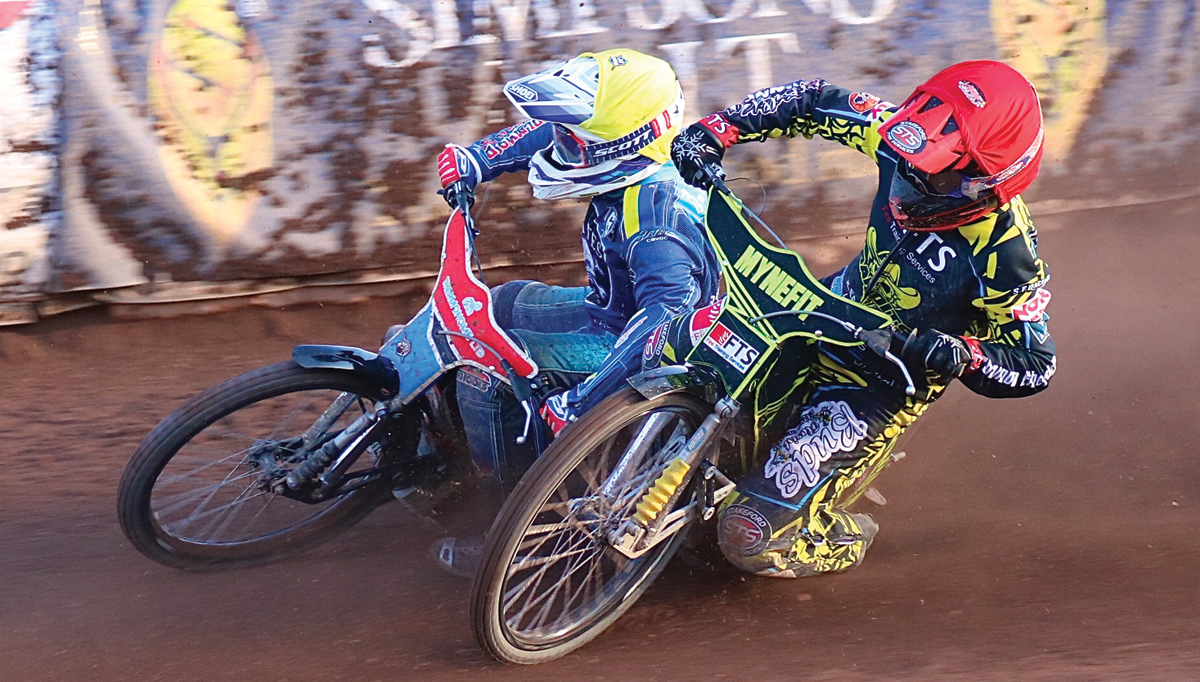 POOLE salvaged a 45-45 draw at Berwick in a dramatic Heat 15 at Shielfield Park on Saturday.

Bandits skipper Chris Harris, who was unbeaten going into the race, looked to have done enough to see his side to a win when he split Richard Lawson and Danny King on the third lap.

But Harris then suffered clutch failure enabling King, who suffered a puncture on the last lap, to make it back past.

Harris (11+1) and Ricky Wells (11) were top scorers for the Bandits, whilst King collected 13+1 and Richard Lawson 10 for the Pirates.

Berwick boss Gary Flint said: “We haven’t had much luck this season, and most of it has been bad.

“Bomber was absolutely brilliant all night and we knew that the destination of the points couldn’t have been in better hands. Unfortunately, his bikes had other ideas.

“It was good to see Ricky and Theo back among the points after, by their standards, pretty barren runs.”

King said: “I actually messed up a bit as I caught Richard up too much mid-corner so had to come off the gas and I could hear Bomber coming. You know when he’s coming, he is coming! So I tucked in and tried to repay the move.

“Obviously I did get underneath him, but his bike gave up at the same time, I think. Then I got lucky myself because I got a puncture on the last bend, so it was all happening!”