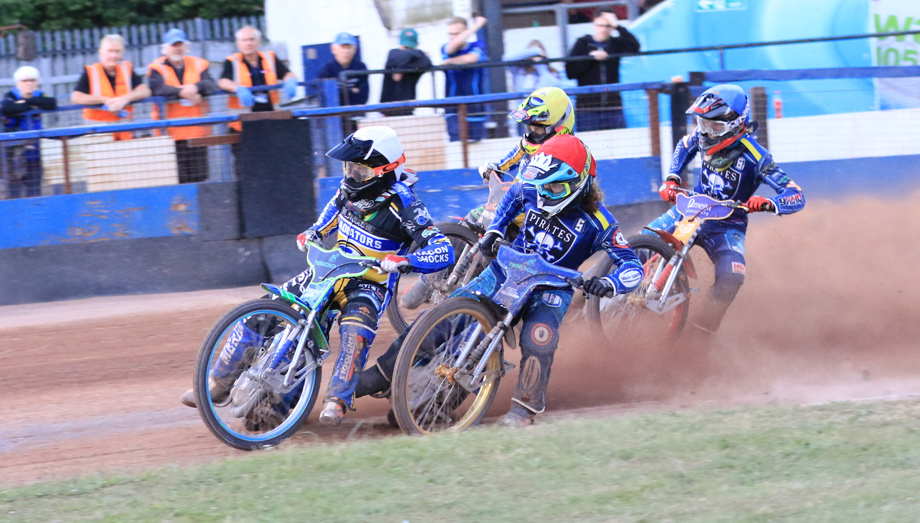 POOLE were held to a 45-45 draw by Plymouth despite the visitors losing Michael Palm Toft after two rides.

Richard Lawson secured the result for the Pirates by winning the re-run of Heat 15 after team-mate Danny King had been disqualified for a first-bend fall.

The Gladiators were ten points up at the halfway stage but Palm Toft, who had won his first two rides, was ruled out after a clash with Lawson.

Lawson scored 11+1 for the hosts with reserve Drew Kemp and King both on 10 – whilst Kyle Howarth was a superb guest for the visitors with 15+2, and skipper Hans Andersen scored 12.

Said Lawson: “After Danny fell first time he came up to me and said, ‘go on Rich, do it for me please,’ and I thought, ‘right, let’s do it!

“Hearing the fans that were right behind me, I knew I had to get out there and do it. Then I shed my steel shoe early on and I am one of those riders who likes to use my steel shoe, some riders out there don’t mind leg trailing, but it’s not my style.

“So I just threw myself into it on the last couple of laps on turns three and four, hung in there and got the job done.”